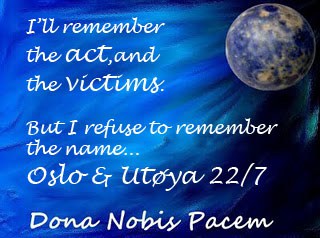 On the 22nd of July 2011, Norway suffered its worst attack since World War II. In one day, we lost 77 people, most of whom were younger than 20, to a madman seeking fame. It started with a bomb in the national government headquarters in Oslo and ended with a mass murder at a political camp at Utøya.

I refuse to publish his name, and I don’t like that media gave, and continues to give him so much personal attention. Like the picture says: Remember the act, and the victims, but not the name.

If you’d like to read more about it, there are lots of articles online. But I ask that you show some respect and don’t contribute to his fame and that you stick to reliable sources for your information. Here are some pictures of the flower offerings in the days after the attack. 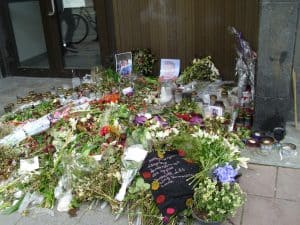 Outside the office of The Norwegian Confederation of Trade Unions (LO) 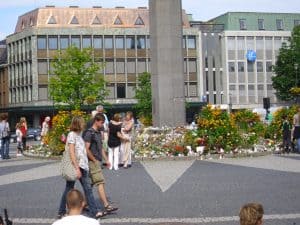