A summary of my recent Tarot activities 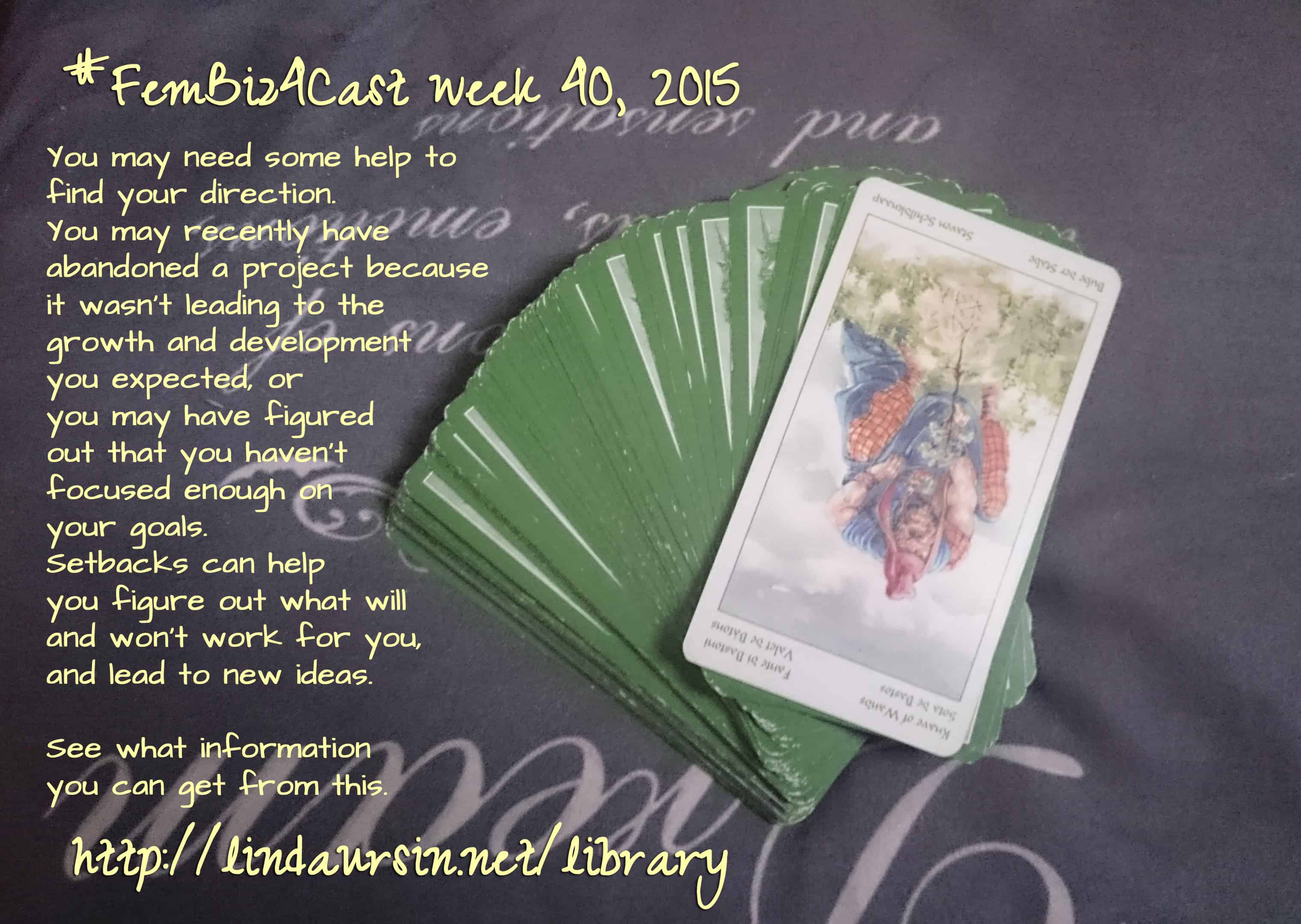 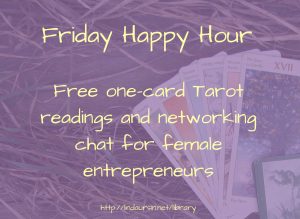 I know I don’t blog that often about Tarot, except for when I have something special to say. So I thought I’d give you a short summary of what’s going on in the Tarot part of my world.

I’ve been doing weekly Tarot shows for a number of weeks now where I do free single-card readings, primarily for female entrepreneurs. The last couple of weeks I’ve been doing them on Blab, because it makes it a lot easier to get people to join and interact than for example a Google Hangout or Zoom, which I’ve used before. I also tried Periscope, but I don’t enjoy the portrait format much, and I can use Blab on my computer with a better microphone and a larger screen. You can find my scheduled blabs here.

This week’s card is here:

#FemBiz4Cast w40: You may need some help to find your direction. You may recently have abandoned a project because it wasn’t leading to the growth and development you expected or you may have figured out that you haven’t focused enough on your goals. Setbacks can help you figure out what will and won’t work for you, and lead to new ideas. See what information you can get from this. #tarot #tarotreading

If you’ve started thinking about your Halloween costume, and you don’t know what to do, I’ve created a Halloween costume reading. It’s primarily for those who want to create their own, unique costume that’s perfect for them. And if that’s you, you should start making it soon. You can find the reading here. I’d love to create more themed readings. If you have any suggestions, leave a comment below. 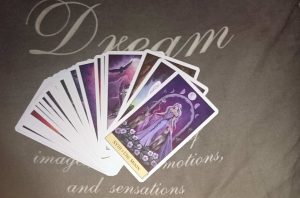 When I went to an open café at an alternative health center in the city, I saw a deck with images I liked. I told the person who had brought them, and she practically gave them to me. The deck is the Crystal Visions tarot, and I’ll be posting my intuitive interpretation of one card daily, until I’ve done the whole deck. These posts will be on the Facebook page I mentioned above.

If you’re interested in getting a reading, you’ll find my readings in the menu on The Witch’s Library. I won’t do readings with the new deck until I’m done interpreting it and have done a couple of beta readings. I’ll use my trusted Vikings Tarot deck instead.