Your words will be inspiring my new series 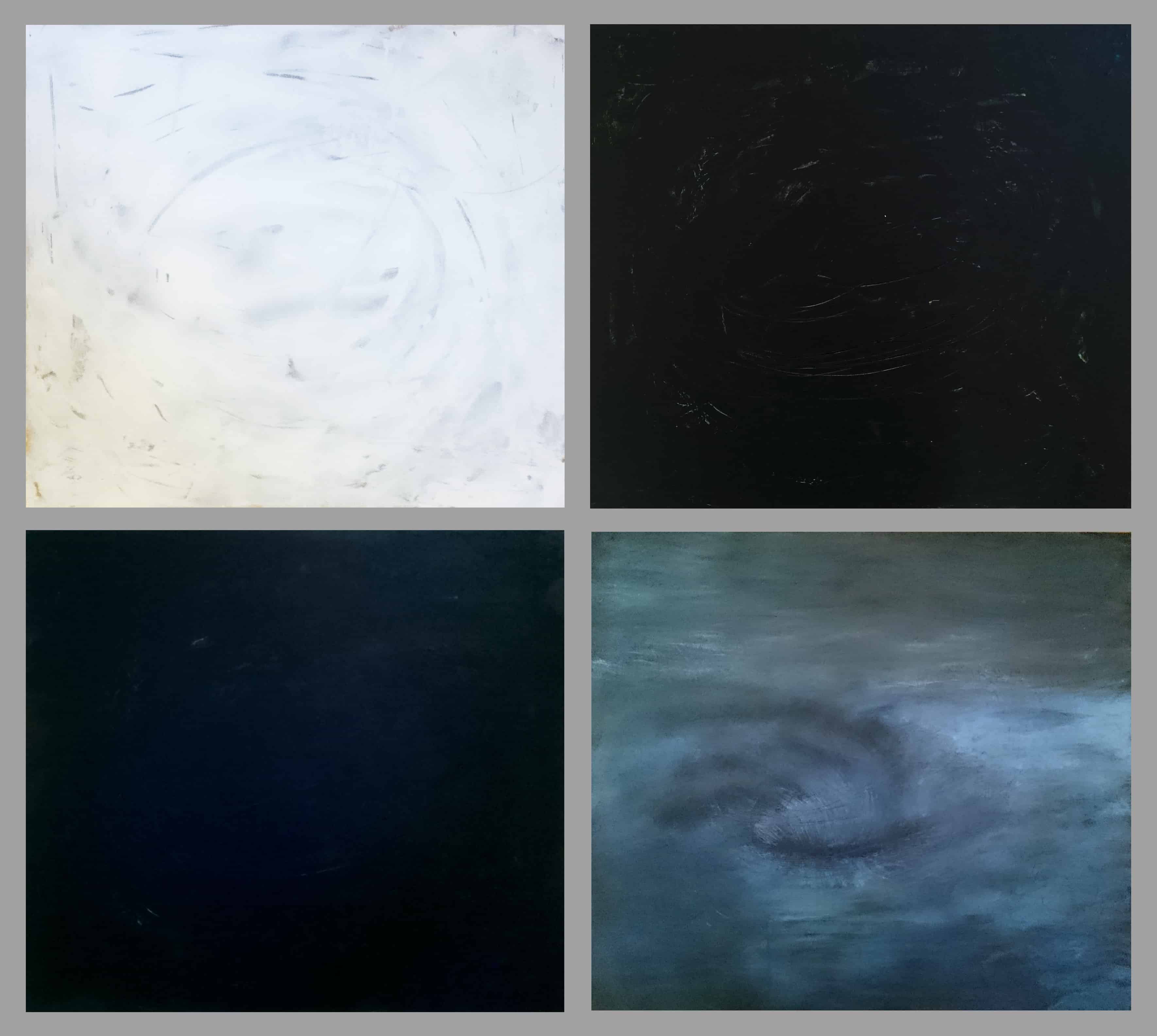 I’m creating a new series of paintings based on things people say, how they describe their current challenge. I’ve decided to call this new series “WordWorks” since it’s based on words. One thing that title doesn’t say is that the paintings can be used as the antidote to those challenges. Helping you remember to change behaviours, take steps towards a goal, or work towards changing a situation.

Take for example the first one. It will be a painting of a vortex, as a symbol of being sucked into the realm of ‘should’. It’s based on a lady saying she had too much going on, and that she feels like she’s being sucked into it. The painting is far from finished, but you can see the initial progress below.

Having a picture of a vortex on her wall could help her remember not to let it suck her in, to get rid of the items on her todo-list that aren’t important or urgent that day.

Images can have much more of an effect on you than you might think. I’ll go more into that on Friday. For now, I’d love to have some more inspiration for the other pieces in this series.

How would you phrase the challenge you’re dealing with today?