You Know You Have a Puppy When… 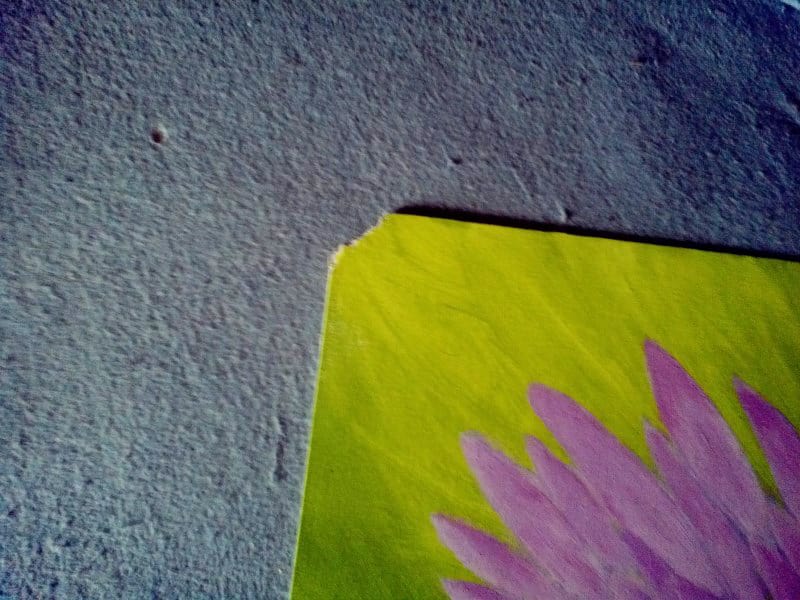 Our Kelpie puppy Bonzo has been getting up to a fair bit of mischief. He’s’ been losing his baby teeth, so he’s been gnawing on everything. He’s also a digger which I’m told is common in the breed, and he’s stubborn as a mule. Anytime I turn my back, he’s up to something, often with all four feet up on the living room table snatching a pen or something else. 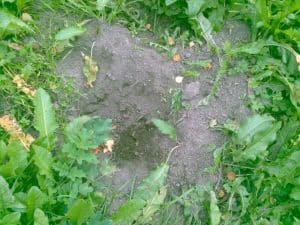 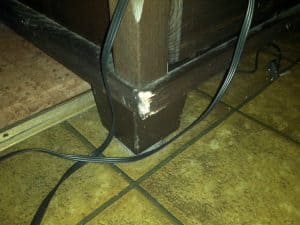 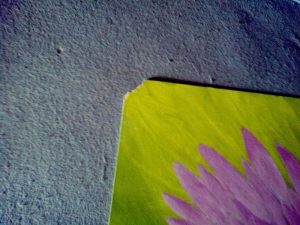 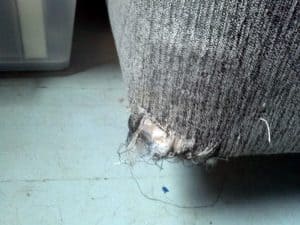 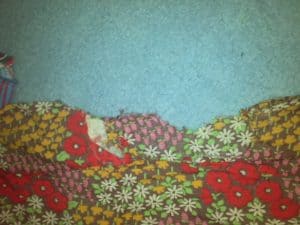 In addition to all of this. He’s chewed up a number of balls, pens, an eraser, one of Lilith’s socks, don’t know how many toilet paper rolls, Q-tips, and lots of other things. One positive in all this is that he’ll eat anything. He isn’t fussy about his food. The same is a negative, though, since he does eat anything (rubber, plastic, insulation, cotton, and so on). And then there’s this: 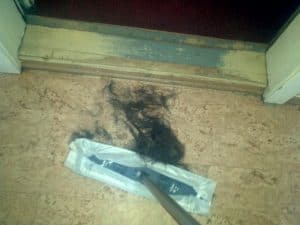 I really don’t like housework…but I love Bonzo, so I just have to put up with the hairs.