What to sow in the witchy garden this year 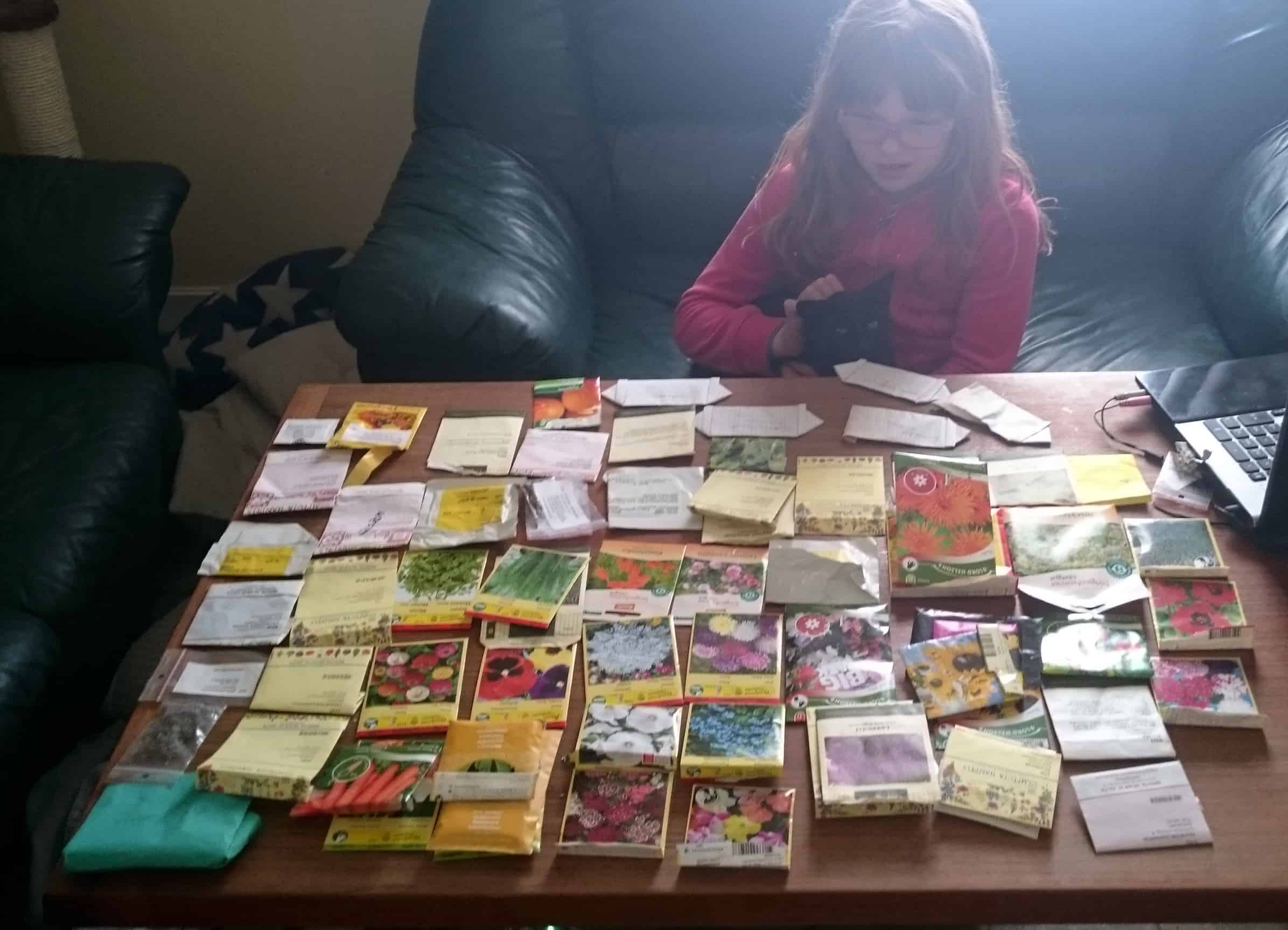 My own witchy garden that is 🙂 but it might give you some ideas for yours. I’ve decided to share my plans this year, as I have before because I know there are a lot of gardeners and witches looking for ideas. I’m sharing what I do here on the blog, but I’ve also created a document on my Google Drive where you can get more details.

I’ve been doing some planning and the first seeds have been planted. Both in terms of actual seeds, and more metaphorically speaking. I have a pretty large garden to take care of, so seed selection requires some table space.

Lilith and I selected all the seeds together. There will be more flowers than usual, because Lilith wanted flowers in her part, and because I want to do my part for the bees. They’ll need alternative food in the garden now that the Apple tree is gone. So I’m creating a flowering meadow in addition to the herb bed and flower beds.

The first seeds were sown on the 8th of April, and they were: 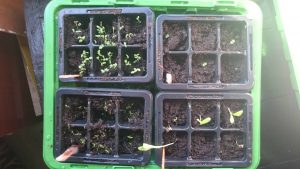 Most of these were for Lilith’s part of the garden. There’s another box too, but they aren’t as far along as these.
I’ll be sowing the first seeds for the herb bed and other areas this weekend. These ones:

Then I’ll have to sow another batch indoors in May:

The last ones will have to wait until it’s warm enough to sow them on location (probably late May):

This is more of a future plan. I want a shade garden on the northern side, so I’ve been looking into what plants would be suitable, and thinking about how I want to arrange it. But it will take some heavy machinery to get it done, and machinery can’t get there right now. So it’ll be a while before the plans are realized.