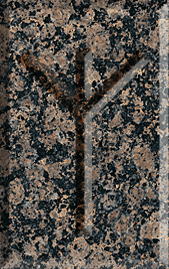 Today’s rune from the Elder Futhark is Elgr or Algiz (sound value: Z as in zone. S as in cousin, written as an R in the Latin alphabet).

Elgr of represents the Moose (using the American word so as to not be misunderstood, see further ranting below), the animal kingdom, and our spirit companions, guardians and guides (fylgja). It stands for protection, warning, communication, defence, shielding, connection with/reaching for the divine. It can be used for protection, especially during seiðr, and channelling. It urges you to continue forward without fear. You will be safe as long as you’re not reckless, short-sighted or pig-headed. Prepare for things ahead. Be aware of signs and warning signals around you. (Yes, I know I borrowed the last two sentences from Lurch579 again, but he’s good.)

Merkstave: Lack of protection, loss of divine link, lacking communication with your spirit companions, being consumed by divinity (like for example getting grabbed up by a cult).

Ægishjalmur, one of the most powerful protection symbols, is a bind rune made from four to eight crossed Elgr runes.

The name of the rune means Elk (British English)/Moose (American English). Some don’t get the difference between Elk in British and American English. I actually saw a picture of an American Elk next to Elgr in a rune book, and I’ve seen several American sites interpret it as Elk. The book was actually one of the ones I’ve been recommended as trustworthy. Let’s just say I lost my faith in the rest of the teachings of that book as soon as I saw the picture. An American Elk is Cervus canadensis, while the British Elk/Norwegian Elg/Swedish Älg is the Alces alces. There’s quite a difference between them, although both are among the largest deer in the world: 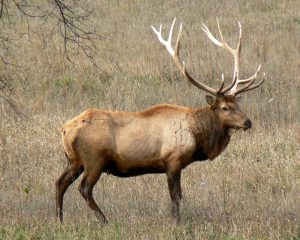 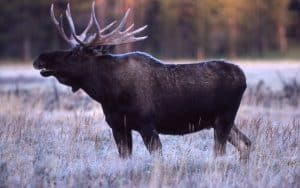 Our ‘Elg’ is the king of the forest. There’s a very good reason why the rune can’t represent the American version of the Elk: There are none in Northern Europe!

Do you want a reading? You’ll find prices and info here: https://lindaursin.net/library/