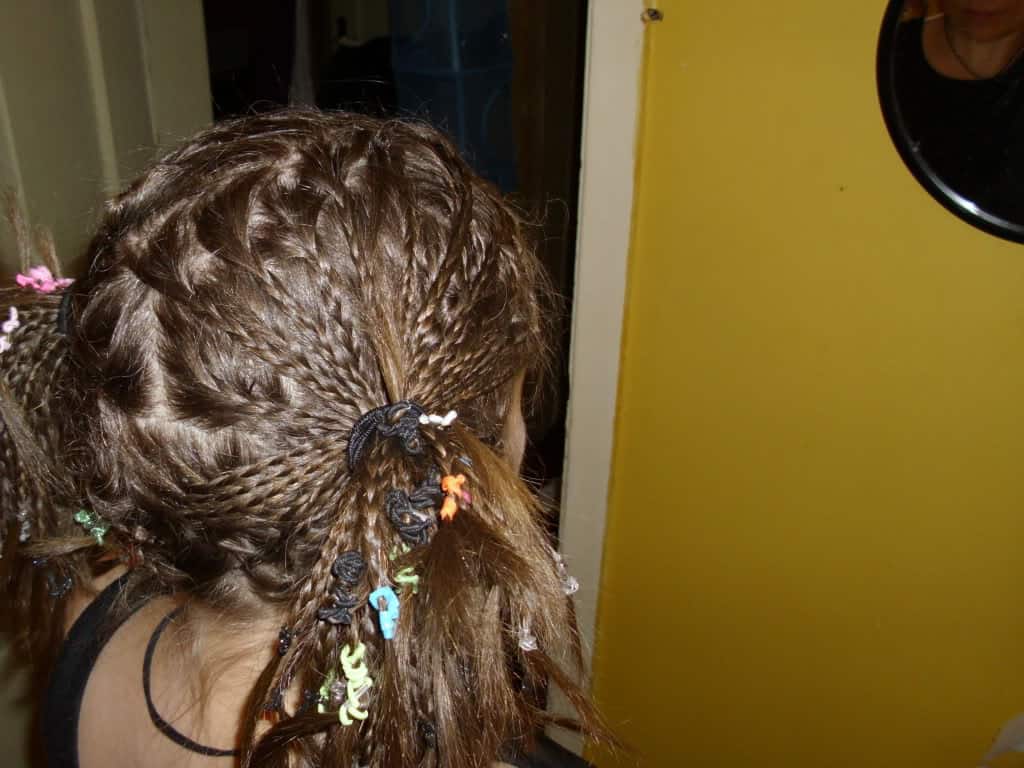 Yesterday I went to Trondheim Viking Market and had a great time, but I thought I’d share what I had done to my hair before going. On Thursday evening, a friend and her soon-to-be 18-year-old daughter helped me braid my entire hair into 80+ braids.

I know I look weird here, but I don’t mind the variation in thickness and location. Although my friend said I looked like I’d escaped from an asylum. We almost laughed ourselves silly over that.

On Friday, I went to work, looking like this: 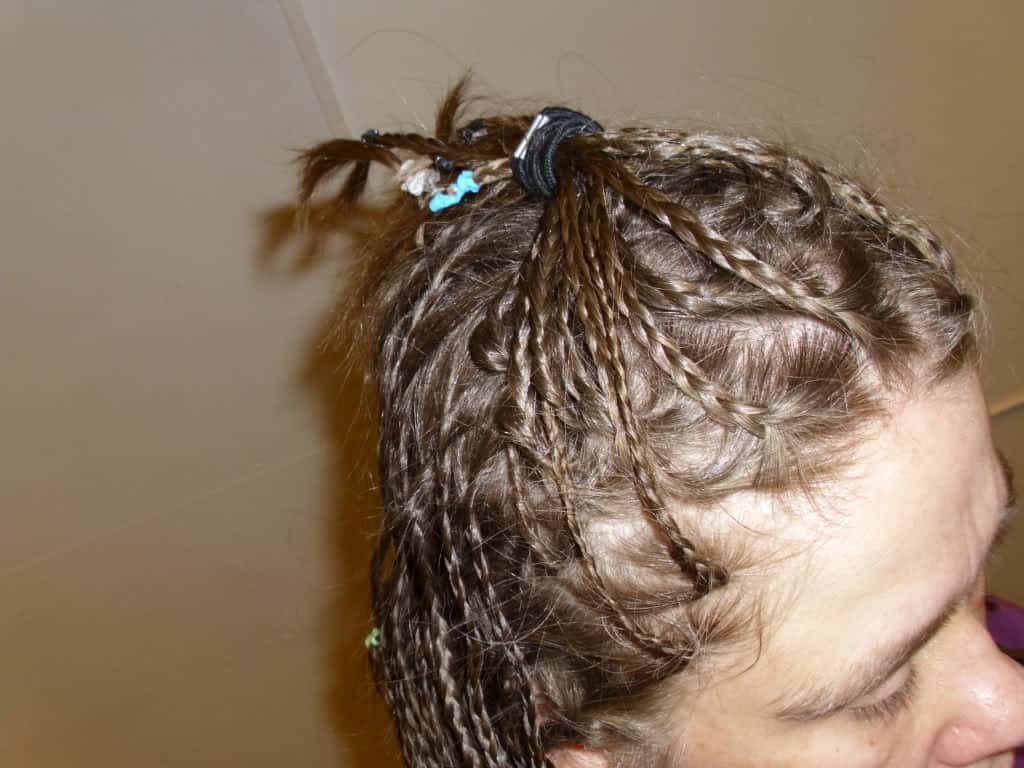 One of the bosses said I looked cute with all those braids, but I have a hard time believing him, since the only other time he liked my hair, was when I walked past him sweating and dirty from an hour of physical therapy on the third day of not washing my hair.

I understand the other comment better. One of the network guys asked me if I was going to Jamaica. On Friday night, my friend and her daughter helped me braid wool yarn around my braids. It took four hours with six hands braiding. Afterwards, it looked like this: 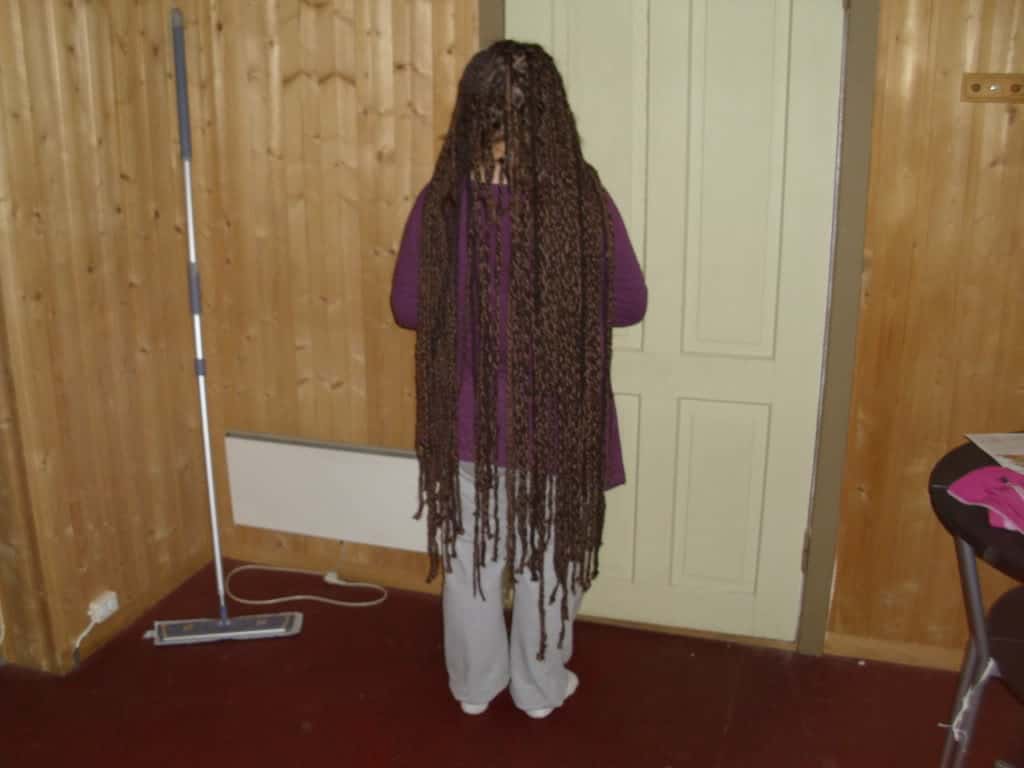 And here’s the updo I chose (knotted ponytail): 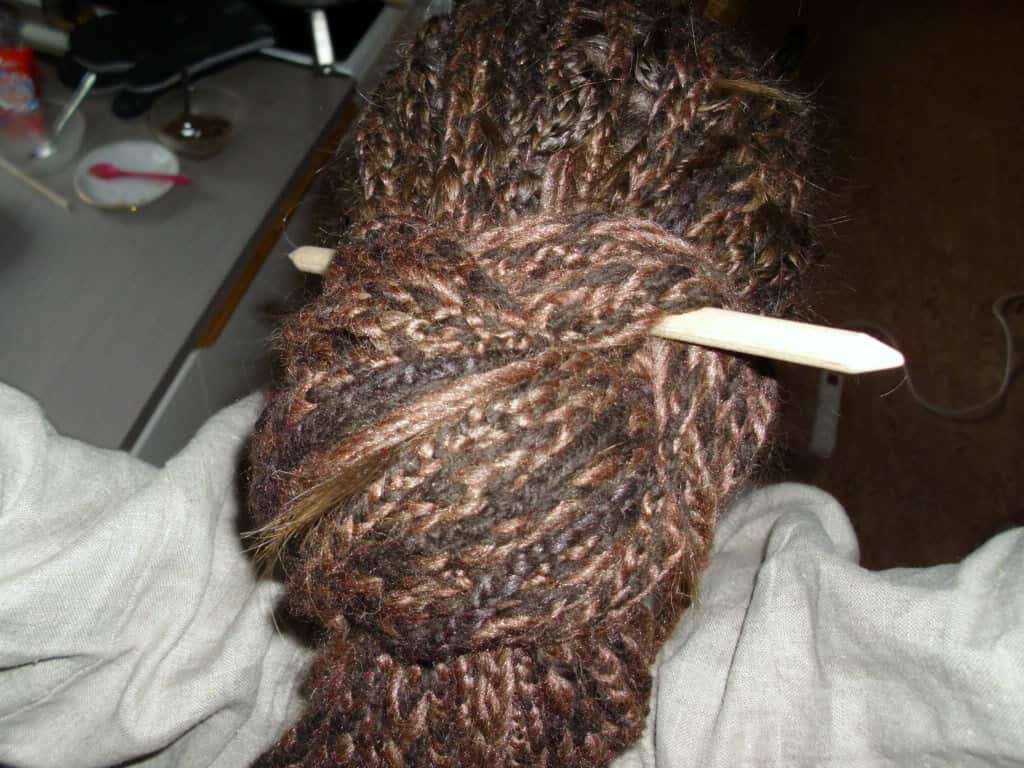 I tied the ponytail low, with a piece of wool yarn, I then made a knot, and secured it with a wooden stick I’d sharpened and sanded down. The entire outfit (minus the cloak because of the temperature), looked like this: 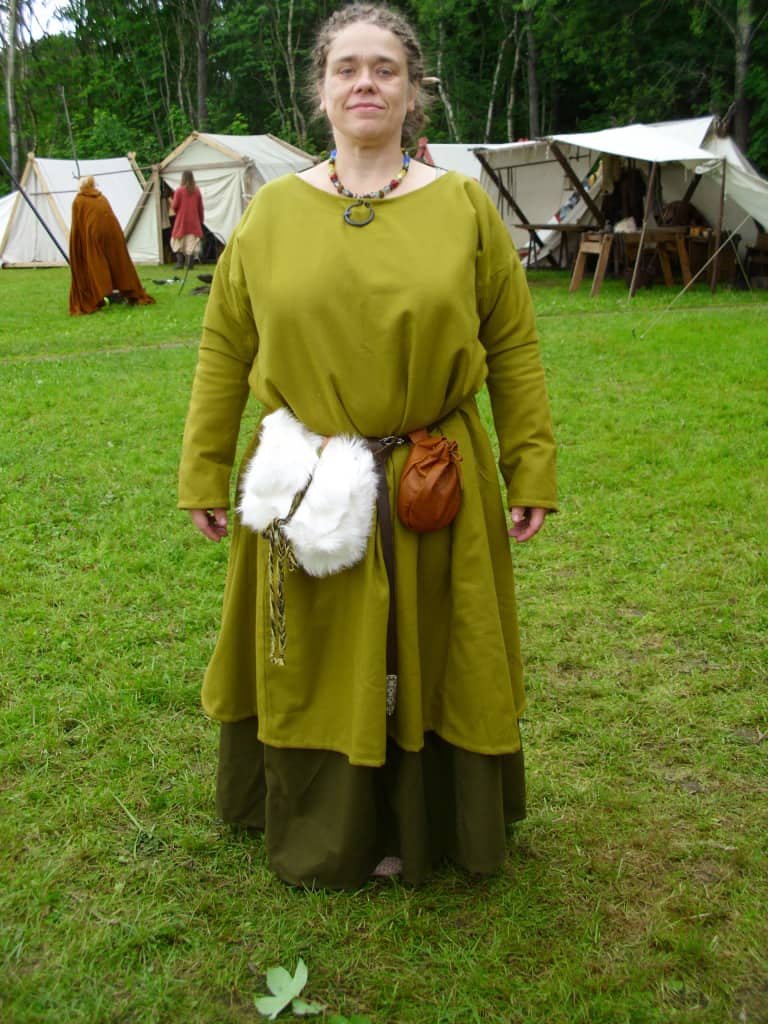 When the sun came out, the top dress came off. I got a lot of great responses on the outfit and the hair. The first one said: “When I saw you from behind, I thought: There’s a real Viking woman.”

I’m going to keep the wool hair for a couple of days. At least until Monday, so the guys at work get to see it. But I really wish I could keep it for longer. For some reason, I’m really comfortable with this length, and it’s many years until I reach the same length with my own hair.

I suspect I’ll have to take it out before washing the next time since I don’t want it to felt into my hair, which would force me to cut it all off. Something I hope will never happen. The people doing YouTube tutorials on this, say you can keep them for up to six weeks, including washing them, but I’m not taking chances.

Some advice I got on The LHC:

“I understand you don’t want to take any chances (I still insist damage is absolutely minimal), but have you considered diluting shampoo with water and pouring it over your roots while holding the braids up? You don’t need to wash the whole length.

If you want to be extra gentle when removing the braids, you could buy a bottle of Prix/Kiwi’s own brand conditioner. It’s only like $2 a bottle. If you soak the braids in conditioner, it’ll give you more slip so you can be certain the yarn won’t cling to the braids. Don’t mind me, though. I just think it would be a shame to remove those pretty braids you worked so hard on so soon

“I’ve read that if you use acrylic yarn, it won’t felt the hair chocolatehairvanillacare.com. So if you really like the style, why not try again with acrylic yarn next time? That way you can keep them in for longer without worrying about felting!”

I can’t say I made much money at the market, but I met some great people! I sold 3 wool amulet bags, two leather amulet bags, and three wooden amulets. And a foreign researcher asked for a reading concerning his upcoming relocation: 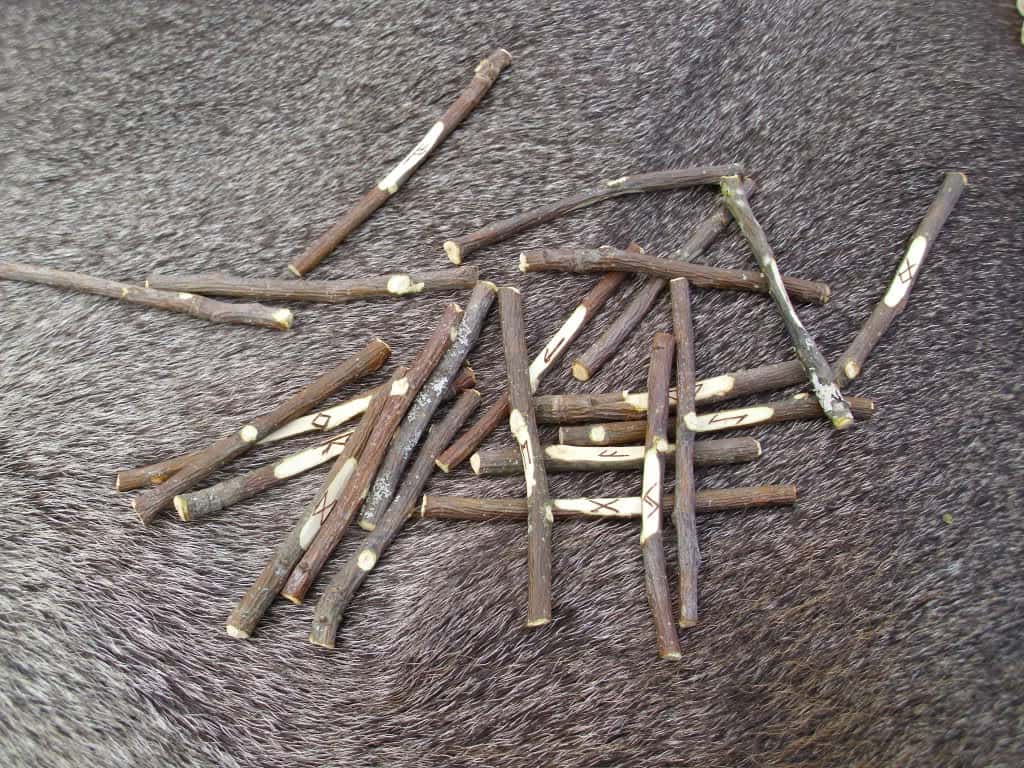 I got to see a lot of interesting things as well:

I also got to eat a medieval stew. Organisasjonen Landsbyen were making the food, and the camp and market were arranged by Trondheim Vikinglag. For more pictures from the fair, check out my album. For more information on the market, go to the web page for Trondheim Viking Market.

Now I have to start preparing for the planting of the Guldgubbe on the 30th of July. and the market at Kristin på Husaby.