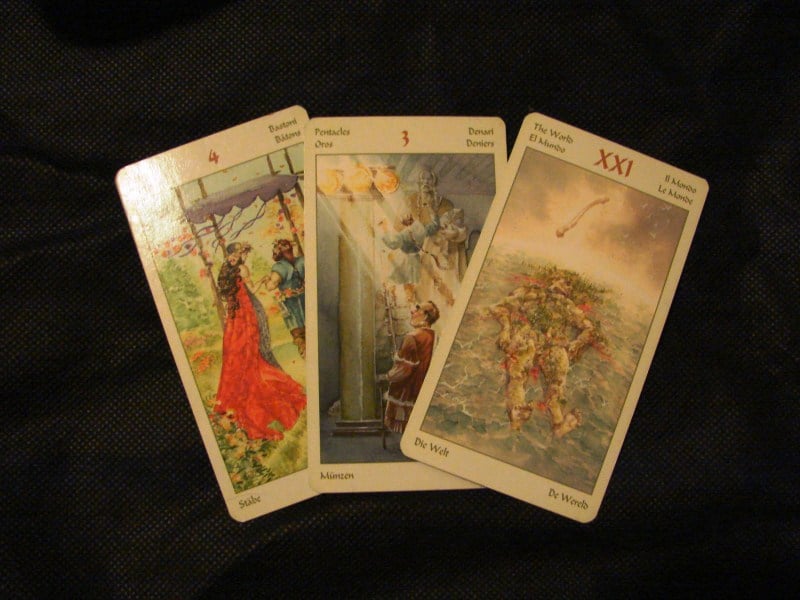 Did you know the Tarot cards can also be used for magic? There is such a thing as Tarot spells. I’ve only done this once or twice, but the results have been good.

Some keep an extra deck for this purpose, so their regular cards won’t get damages. But I use the same deck regardless of purpose. I’d rather use a deck I’m connected to than to keep one on the side. I also believe that would take away some of the effects of the spell.

There are many sources for Tarot spells online, although not all of them seem to have their head screwed on right. So I thought I’d give you a couple of examples, and then explain how you can create your own. These examples can be found in the images in this post.

As always, I like to keep things simple. If you prefer to make them more elaborate, feel free to do so. Some use candles, crystals and herbs for the spell, and some create a big ritual around it.

The symbolism of the deck is very important. You need to be able to connect with the deck and know your own interpretations of them. This is what you build the spell on. Some choose cards from their interpretation, others might flip through the deck and pick out the ones that stand out, and then check the interpretation.

The most common layout for a spell is three cards, but you can use more if you like. Lay out the cards according to importance. What is most important for you to achieve? 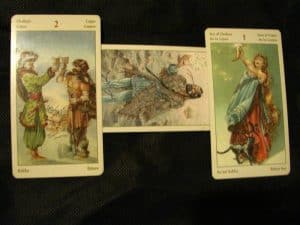 Then you leave the cards where you can see them, and leave them there until you get what you were after, or until it feels right to take them down.

Have you ever used Tarot cards for a spell or another kind of magic?