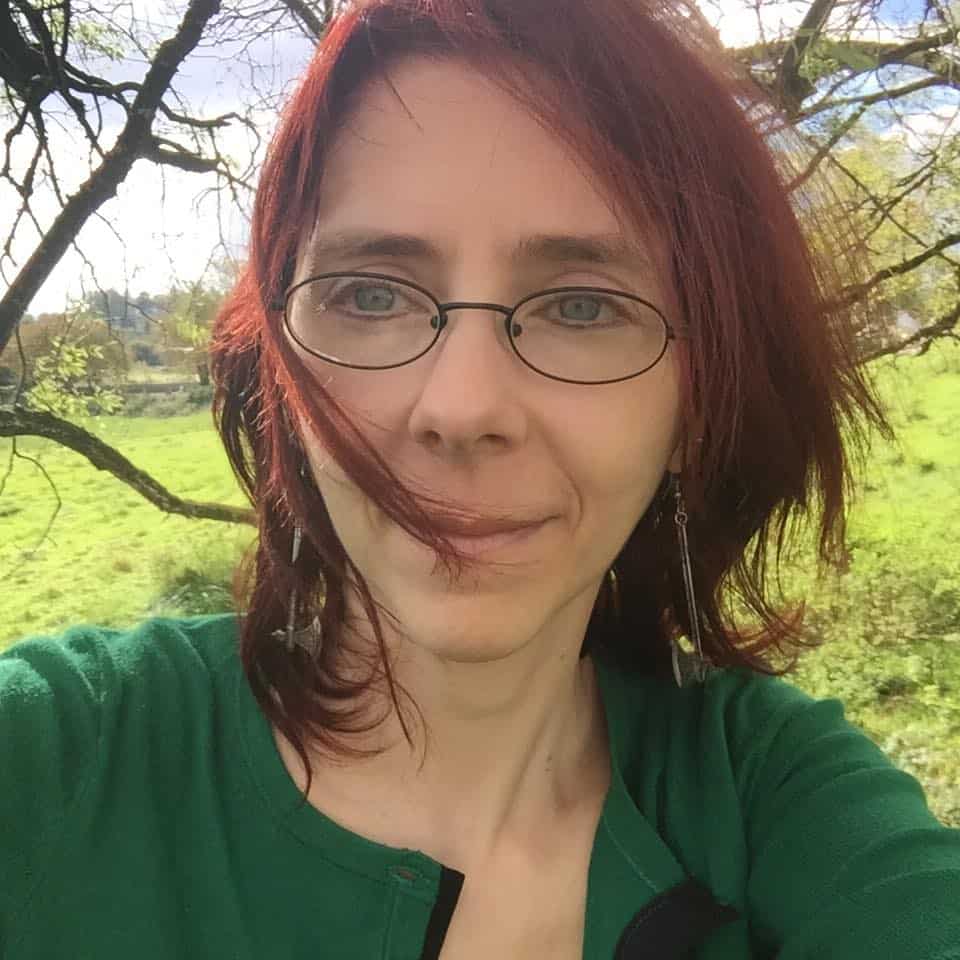 Last month I turned 42. Just like every year of my life, I had been looking forward to my birthday with giddy anticipation. I just LOVE getting older, there’s absolutely nothing I don’t adore about it.

Invariably, people gave me surprised stares when I replied to the inevitable: “Oh, is it your birthday?” with an excited: “Yes it is, I’m 42 today!” I suppose it’s not the usual thing to do, stating one’s age as a woman of the so-called “certain” age. People just omit the number altogether or famously “turn 29” over and over again every year. I can’t help but shake my head at this. It makes me uneasy because the phenomenon of feeling old – and being embarrassed about it – is so common. In fact, I would go so far as to say it is one of the very few truly universal concepts.

It’s so all-encompassing and unquestioned that it dictates people’s perception of reality to an alarming extent. And as many pagans and other people who work with energy know, perception and expectation actually create one’s reality. To get this out of the way: I realize that death has always scared a majority of people, and as being old means being closer to death, people try to avoid having to deal with it. But that’s a whole new article of its own and I’m not going to go into it now because it’s not what I’m talking about here.

I’m not talking about actual old age. This blog series is about turning 40 (or 40-ish), not 90. And this is precisely what baffles me: That in our day and age people feel ‘old’ at the age of 40. And that, as I stated before, this perception is so very universal and rarely questioned in seriousness. In my opinion, these views are a relic from days of yore. Centuries ago life expectancy was lower. This was partly because of infant death rates, women dying in childbirth and men in wars, but it was also because of a limited variety of available foods and resulting deficiencies in vitamins and minerals, shortages in winter, and lack of medical and dental care.

In most civilisations, people didn’t brush their teeth until at least the 1500s, and so people had often lost most of their teeth by the time they reached their 30s. At 40, you were “old”, and you looked old as well. Add to that the fact that women’s main purpose in many historical societies was to breed children, and it’s easy to understand why menopause meant the transition to old age. One should think though that we had overcome this kind of thinking in our day and age.

Life expectancy is so much higher, and most of all, the quality of the life we lead in our later years has vastly improved. People keep their own teeth for longer. We can choose from a vast variety of healthy, nourishing foods to keep ourselves healthy (whether we actually do that, is another question, but the option is there). Women aren’t reduced to being breeding mares anymore; at least in the “first world”, we have the opportunity to live fulfilling lives in- or outside of raising a family. We can easily live to 100 these days.

It is beyond me why people would insist on feeling “old” for the last 70 years of that! It’s insane, like a collective madness, a brainwashing that only very few can escape. I’m not even saying that I’ve completely escaped it myself. People are to an extent the products of their environment. It’s hard to remain completely unaffected by so universal a perception. My way of dealing with it is with my sense of humour – I grin when people assure me that I “don’t look 42 at all”. I disagree. I think I do look 42. I know the lines in my face that weren’t there 10 years ago.

I do, however, look rather younger than the majority of people at that age, and without meaning to offend anyone: I think many people my age look a lot OLDER than 42. And I also think it’s because of their own perception of age. Perception and expectation create reality, remember? To get back to the example of living to 100 years: Of course, I’m aware that not everyone lives this long. It is however very possible. Take 80 or 90 years if you’re more comfortable with those numbers – it doesn’t change my point, it is still ridiculous to feel old at 30, 40, or 50.

It is time we took a step back and examined our perception of age. As it is, we’re spoiling the experience. Hollywood and the mass media don’t help, but ultimately it is us who are buying the message. The collective madness puts many people under stress and dampens their experience of life, which in my view should be joyful and abundant. I’m not buying the message. I refuse to buy it. I am in my forties and I feel more alive, healthier, and definitely happier than I’ve ever been.

What is more, I’ve learned a lot and am much more capable of dealing with whatever life throws at me. It’s not as easy to throw me off-balance these days as it was 20 years ago. All the while I haven’t lost my sense of humour, my playfulness and silliness, and the ability to get excited and enthusiastic. There is a word for this phase in life. It is “maturity”. But no, I can’t be that, because “maturity” these days is a euphemism for old age. I slightly wince every time someone tries to pay me a compliment by insisting that I’m “young”. Sorry, no, I’m not young. I don’t want to be, either. I loved being young while it lasted, and now I enjoy being mature and grown-up (which, contrary to popular belief, does not equal boring).

We need to conquer back the concept of maturity. We also need to make old age desirable and beautiful, but again that’s a subject for a different essay. I have not felt young since I was around 27, and I have no intention to feel old until I’m at least 75. In the meantime, I will keep improving, not declining. I’ll cherish the lines in my face and the grey hairs on my head, while getting healthier, into better shape, stronger, wiser, more mature, and ever more capable of outrageous, overflowing happiness. Roll on, ye coming decades! Book recommendation: “Healthy at 100” by John Robbins

Written by Sibylle Leon on the subject of turning 40