Turning 40 – Happy Birthday to Me 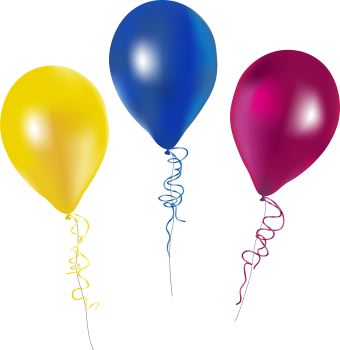 Yes, that’s right. Today is my 40th birthday. And I don’t have a problem with turning 40. It isn’t the end of the world. In fact, it’s nowhere near the end of the world. At this stage in life, I feel more confident, happy and creative than in my early 20’s. Of course, I’m noticing some physical changes. A couple of new lines and, of course, some more sagging. Gravity doesn’t go away.

My joint problems have followed me for over 15 years now, and they’re not getting better. But I have all my teeth, minus the two wisdom teeth I had surgically removed at 18, and the two who haven’t appeared yet. In the remaining teeth, I only have 4 fillings two from being young and stupid, and two from the pregnancy). My body has no leaks, and my head has no gray hairs. At least none that I’ve seen 🙂

I’m lucky enough to have a husband, a beautiful daughter, a house in the countryside, a garden, my creativity, my humor and a bunch of other things to be thankful for. I won’t have a great big party for my birthday. But that’s not because I feel bad about reaching 40. It’s because I haven’t made much of my birthdays since I told my Mom at 12 that I didn’t want a party, if I had to invite people I couldn’t stand. I’d much rather celebrate life a little bit every day 🙂 I’ve heard so many people talking about reaching 40 as ‘everything’s over’. I want to show these people that they’re wrong, and reassure all those approaching ‘the big 4 0’. That’s why I initiated the guest blog series “Turning 40”. Thanks to all those who have contributed with guest posts.