The stupid things we do

When I carry something too heavy, walk on ice, sit for too long, stand for too long etc. My back gets strained, and the muscles in my lower back lock up, especially around my sacroiliac joints. I’ve done a couple of those things lately, so now my back is making its presence known. I’ve got really bad sciatica, all the way to my knee on my right side, and to the hip on my left. I’ve been living with a bad back for something like 25 years now. I’ve had surgery twice for a herniated disk (L4-L5 in 2001 and 2003), and because I’m top heavy and hyper-mobile, I have problems with muscle and joint pain from my neck down to my feet. 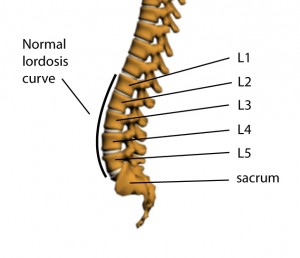 You could say I’m used to it and should know better than to carry something too heavy. But that’s easier said than done. You don’t always have a trolly or a strong man handy when you need to move stuff, carry firewood, or return books to the library for that matter. And sometimes you’re just stupid 🙂 Apparently, my shoulders didn’t like what I did either. They’re really noisy right now. Not practical when you use a keyboard at work.

I’ve got an appointment for an MR for my shoulders on the 12th of December. I hope they find out what’s causing them to get worse. I get real bad sciatica a couple of times a year. Usually from doing something stupid, like the things I described above. Sometimes stretching works, sometimes all it takes is a visit to the Chiropractor’s office or heat. But not this time. I’ve just been to my Chiropractor, so that’s not the answer. I tried to stretch last night, but it didn’t work this time. So all that remains is rest and relaxation. Something I sure could use anyway. So I’m spending some time at home, trying to get my back unstuck and to give my shoulders some rest. There’s no point in trying to work like this.

My doctor put me on sick-leave until Monday (I’ll be back at work Tuesday). I’m hoping to be able to write less about my health, and more about the other things soon. For those who might intuitively feel like sending healing, I give you permission. But I’m not asking you to.