Tarot Reading About a Relationship 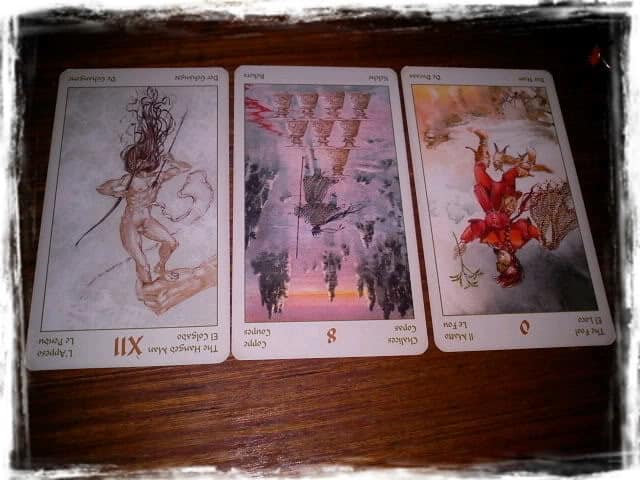 I was asked to do a Tarot reading regarding a relationship. The querent had been friends with someone and wanted to know if they’d pick it up again in the future. If it might become something more, and what I could find out about the personality of the former friend.  I decided to first have a look at the personality of the former friend. I drew The Hanged Man, The Eight of Cups, and The Fool. All three cards came up reversed. If you disagree with my interpretation, I can only say that I went by my usual method when doing readings: What feels right.

I interpreted these cards as follows: He has trouble starting new things and see things in new ways.

In some ways, he’s stuck. He needs something new, with deeper meaning. But he resists doing what it takes to get that. There’s something he has to let go of. A sacrifice of something which no longer works for him will open for something more positive. He is somehow prevented from doing what he should or would do. It is possible that he gave up his dream because of home / family or something similar.

He has a habit of choosing the simplest solution. Then I went on to do a version of the Celtic Cross to look more closely at the issues surrounding the relationship between this man and the querent. 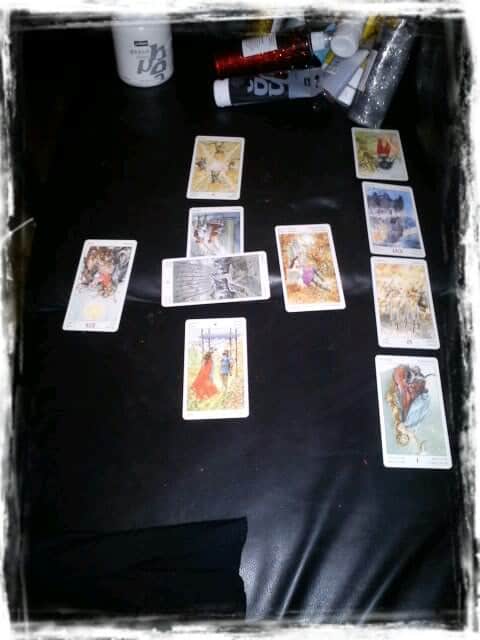 As I’m not that familiar with this spread, it took a bit of thinking and research to find the proper questions for it. I didn’t choose the ones that were most prolific online. I had a look at http://www.learntarot.com and chose questions which suited the situation. I interpreted the cards as follows: Things heal with time if one exhibits selflessness and patience. The problem has its root in either a marriage or similar relationships or business. You had a lot of fun together. Make a real effort to remember what was positive.

Right now is a good time to socialize. Remember that you can not control what others do. Focus on your own choices In the near future you’ll meet a proud, strong and knowledgeable woman, who doesn’t give up. Some see her as brusque. You may need to be hard and honest in a situation to get what you need. You may need to put your foot down. You feel like you’re slightly stuck, look at how to resolve the blockage. You have gone through something difficult, and the worst is over.

You’ve found solutions and made plans to improve the situation, which is good. Make sure that you do not make the same mistake again. See your own role in it all. Take some time to yourself to think about what to do. Take one step at a time and trust yourself. There may be a sudden change, upheaval, or an awakening. Some people / situations that you have trusted that they would be there for you, may not be there in the same way anymore. In your future is a man who has experienced a lot.

He’s energetic but mature enough to understand that not everyone can keep up with his pace. Apparently this was not what the lady was after. I’ve read through the interpretation many times, and I cannot see what made her respond the way she did. She demanded several explanations, and when I gave them to her as best I could, she responded in a way that was totally uncalled for. I’m suspecting this lady was expecting something completely different than she got. But I can’t put my finger on it.

Now go get your own reading!