We still have the coolest mailbox 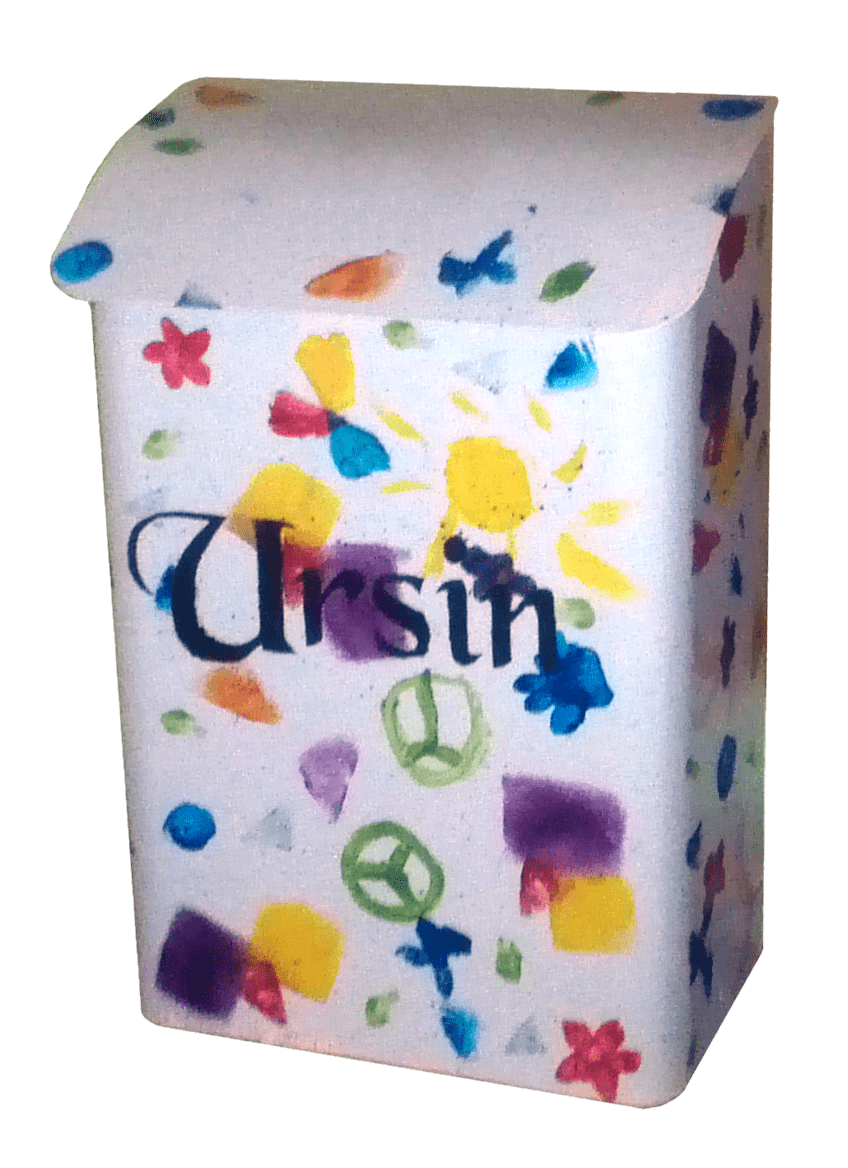 For a couple of years, we had (what we thought was) the coolest mailbox in the village, until someone blew it up on New Year’s Eve. It got dented, plus the backside of it separated from the rest. It was bright yellow and my daughter helped me paint it, so I was annoyed (to put it in non-profane words). 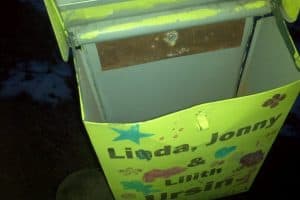 I suspect it’s the same kids who broke into the mechanic’s storage, let the cows loose, tore down laundry on the other side of the village, and threw firecrackers on the school bus. I sincerely doubt there are more kids of that calibre than those three boys in this village.

But we got back at them, with an even cooler mailbox. This one was also painted by me and my daughter but on purple a background this time. All it needs now is a contour around the letters for some contrast, and a clear coat to make it last before we replace the old one.

What do you think of our new mailbox?