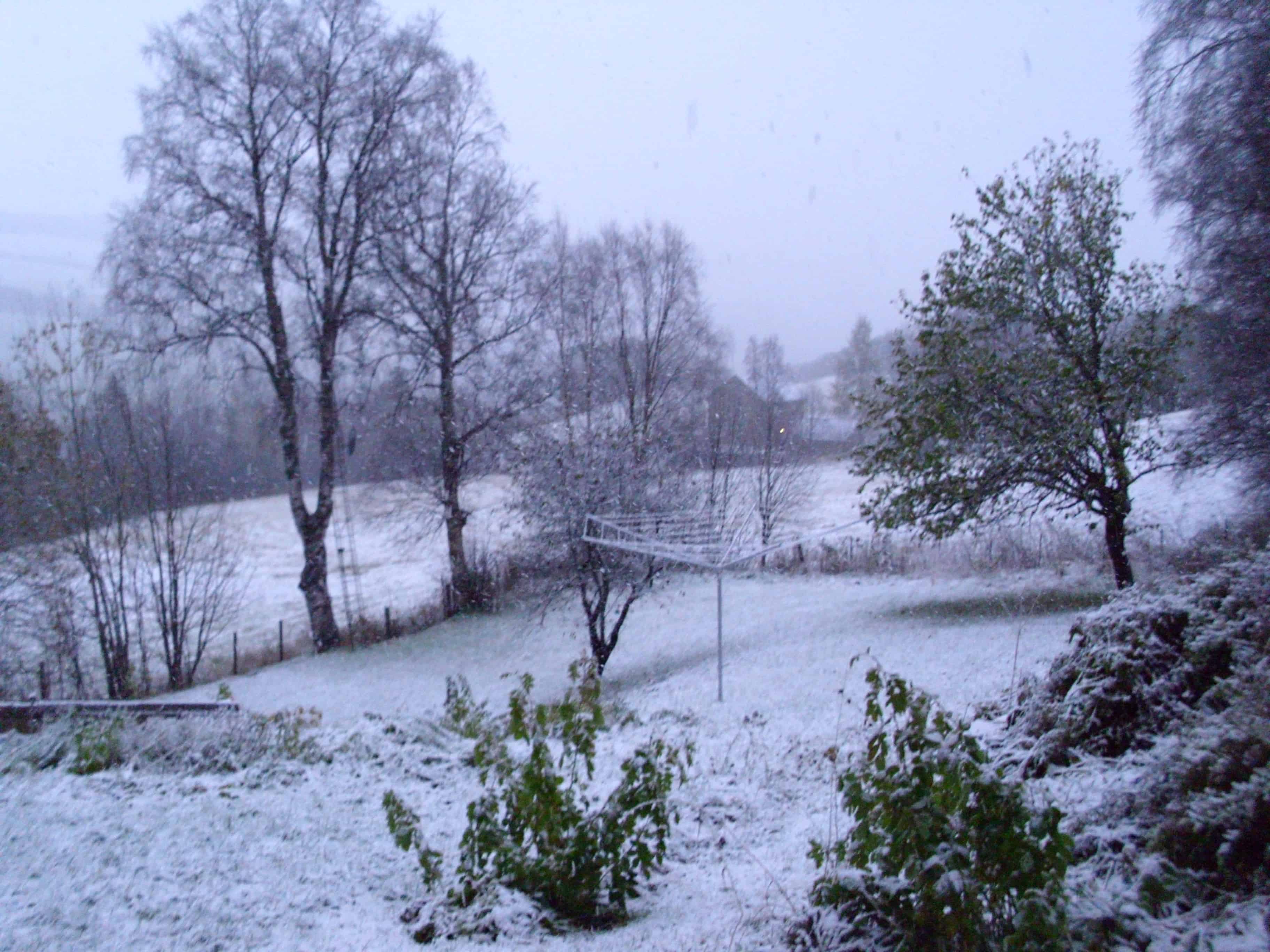 I’m spending today and tomorrow at home to try and get rid of that cold. As easily as I get bronchitis, I really shouldn’t mess around with this cough. And I think I had a fever yesterday. I’ve called work (without being able to reach any of the bosses, so I just sent the email), my Physical Therapist and the doctor’s office. I’ve got an appointment for 10:40 and a cab is picking me up. Since I’m already on partial sick-leave, I don’t have any ‘regular’ sick days, where I can just call in sick without going to the doctor. So I have to go.

On another note, it’s snowing like mad this morning. So I had to fashion some protection for my Apple tree saplings out of two empty soda bottles. I just cut their bottoms off and took the caps off. I then threaded the bottle on the support stick. I hope they survive the winter. I need new trees.

The oldest one we had to take down in 2006 and the other one haven’t yielded much the last couple of years. Maybe because of trimming, but to be sure we planted two new trees. It was actually our daughter Lilith who planted some of the apple seeds I had dried in the window sill. They’re from regular store bought apples, so I didn’t think they’d germinate. But they did and have been doing fine since.

I plan to take twigs from the old tree and graft them onto the new ones when they’re large enough to do so. I don’t think foreign apples will do very good here, so they need grafting. The cabbie just sent me an SMS to be ready at 10, so I’d better get going. Going to try to finish Lilith’s treasure chest, and take a bunch of product pictures later today. I will also try to get through part of that pile of library books.