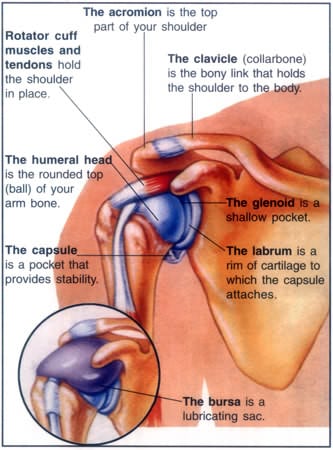 Those of you who are following me on social media know that I had surgery to stabilize my left shoulder in August and that I tore something in that shoulder when I fell in a staircase in December. After that, my shoulder got more mobile, which was odd, and I thought maybe one of the permanent stitches got torn, especially since the sharp pain subsided after an hour or so.

I had an MRI in mid-January to see if anything had gone wrong, and yesterday I had my appointment with the orthopaedic surgeon. According to the MRI, there are only post-operative changes, oedema, and some enlarged lymph nodes. He thought everything was looking good. He couldn’t rule out that I might have gotten another kind of injury, but the stability was good (better than my right shoulder) and progress was on track.

He also said he didn’t think the osteoarthritis in that shoulder would worsen since the ball of the joint is now in the correct position. So all in all good news. I asked for a timeframe for when he was going to operate on my right shoulder, and he said that I should contact him in August. I still have a lot of pain in the shoulder, but it’s not the same kind of pain. It’s only oedema and the osteoarthritis.

I still can’t rest my arms on a table, though, which means no computer support job. I’ve let my employer know, so they’re starting the process of letting me go. Don’t worry, I’m not going to miss it. As for an overall diagnosis, there aren’t many left to choose from. So I hope they zero in on it soon. Those that are left, are:

As I do have symptoms of weaknesses in other connective tissues. I suspect EDS is the culprit.