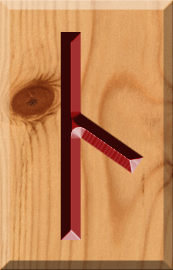 Time to look at the 8th of the Rök Runes. As this rune is very similar to the one in the Elder Futhark, I’ve let it keep most of my original interpretation. It does, however, have a different crossbar, and I thought long and hard about what to do about that, in regards to my interpretation. I’ve decided to remove part of the original interpretation, add a little bit to the new one. To emulate removing the crossbar and adding a shorter one at a slightly different angle.

Nauðr translates as need, distress, difficulty. The needs indicated are physical and emotional needs, wants cravings, demands, compulsions, and desires. Nauðr symbolizes obstacles, limitations and. You have unmet needs or there are obstacle or limitations in your way that need to be overcome. Merkstave: You may need to control your emotional outbursts. It may also indicate that you don’t actually need what you think you need. That you have to dig deeper to find the roots of why you think you need this. The most obvious needs are our fundamental needs: food, water, shelter, sleep, sex etc.

Back in the old days, many people didn’t have enough food or were in other ways living under less than favorable conditions. For example poor people, slaves (Thralls), widows and old people without families and orphans. Back then, they were pretty good at taking care of their own, but some people fell outside the system. Which they still do. These days we’ve accumulated a bunch of other needs as well. Some have become true needs, like and income while others are perceived needs. 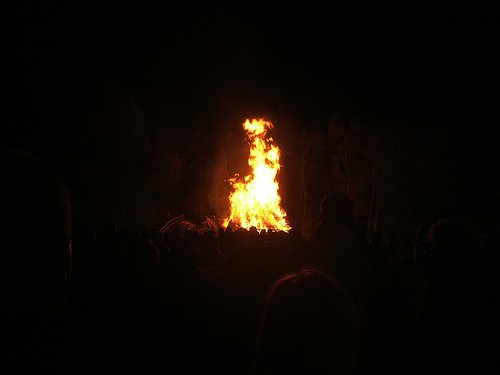 Another associated subject is the need-fire, the signal fire or beacon. These fires were lit in ‘chains’ from hilltop to hilltop, warning of approaching danger. Beacons are mentioned in the Eddas, and in Lex Uplandiae (The Upland Law). The beacon was normally tended to, and guarded by, two men. Each man got a number and a range of days when he should guard the beacon. Failure to do so was punished by imprisonment and fines.

The last time the beacon system was used in Sweden was in 1854 during the Crimean War when a British fleet cruised off Vinga. This was interpreted by the guard as a possible attack on Sweden and the beacon was lit. It took 24 hours for the beacon chain to reach Stockholm, which is a distance of 400 km/248 miles as the Crow flies. In the First World War, beginning in autumn 1914, The land storm troops of Södermanland erected a beacon chain along the fairway and the entrance to Södertälje.

The background was that the optical monitoring sites along the fairway lacked phones, and the beacons were supposed to act as signal fires to the military command. These signal sites were, by the irony of history, built on old beacon sites. I hope this gave another perspective on Nauðr, and as always. If you want a reading, you’ll find prices and info here: https://lindaursin.net/library/ Should you require any kind of amulet, my shop is at https://lindaursin.net/magical-creations Feel  free to contact me on any of the social media channels I’m on, or by email.