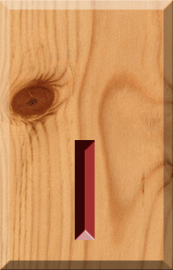 This rune symbolized a sound we don’t really use anymore, and it has no representative in the following futharks. It was a voiced R at the end of words, and it had somewhat of a Z quality to it. Not the same as the voiced uvular fricative used in some languages today.

Since it’s inherited the sound value of Elgr, it’s only right that it retains some of the properties. It still represents the Moose (using the American word so as to not be misunderstood, see further ranting from when I wrote about Elgr), but the Moose in winter, when it’s lost its mighty antlers.  That’s why I’ve removed the protection and defence part of my interpretation. 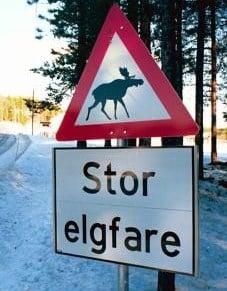 It still represents the animal kingdom, and our spirit companions, guardians and guides. It stands for guidance, warnings, communication, pay attention to signs and warning signals around you.

Merkstave: Lacking communication with your spirit companions, not paying attention to signs and warning signals

As this post ends, so does my series on the Rök Runes. I’ll be doing a new series on runes shortly. I still haven’t decided in what way I will do this series.

If there’s anything you really want to read about concerning the runes let me know by posting a comment below.