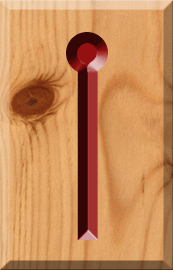 We’ve arrived at the fourteenth, and second to last, or the Rök Runes. Instead of the regular Maðr rune from the Elder Futhark, this M-rune is of a more Phallic shape, when you associate it with the word Man. So I choose to interpret it as ‘Masculinity’, instead of ‘Mankind’. Masculinity has a different meaning for different people. For some, it’s appearance, for others behavior. For me, it’s connected to both. A masculine man to me is a man who’s

As for looks, I prefer a masculine man to:

In short, I prefer the Viking over the city kids in this picture. By the way, the same could be said for Norway.

Just to make it clear, for those who have managed to miss it, I am married. So I’m not looking for a man. My interpretation of the rune would be masculinity or manliness, as previously stated, but also male fertility, virility, confidence, hard work, strength, stability, respect, courage, and honesty. To be self-reliant, self-sufficient, to be able to stand on your own two feet. As for a Merkstave interpretation, I’dd add instability, bad temper, laziness, dependence, cowardliness.