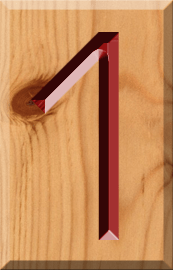 In the futhark used on the Rök stone, the Týr rune has lost one of its arms and looks more like a reversed Laugr. In some ways quite fitting, since Týr lost his hand to Fenrir. Since it no longer looks the same, I’ve had to adapt the interpretation. I’ve chosen to include a little bit of Laugr for the 12th of the Rök runes since they resemble each other.

Týr is a god of combat, wisdom, courage, and strength. When the Gods tried to shackle Fenrir, he offered his hand as proof that they wouldn’t trick the wolf. When Fenrir discovered that he couldn’t free himself, he bit Týr’s hand off. That’s why he is portrayed as a one-handed man.

The name Týr has connections to words meaning ‘God’, which makes some believe he’s a remnant of an older religion where he was the head of the pantheon. My interpretation of this rune is first and foremost honour. There’s also commitment, dedication, daring, leadership and authority, courage, and compassion.

It shows you’re moving in the right direction and fast progress through diligence. So fast you might get carried away. Remember the wisdom of instinct when making choices fast.

Merkstave: Shyness, cowardice, self-doubt, dishonesty, breaking promises. Don’t stray too far from your path, you might get lost.

What’s your take on this rune? Leave me a comment below. Do you want a reading? You’ll find prices and info here: https://lindaursin.net/library/