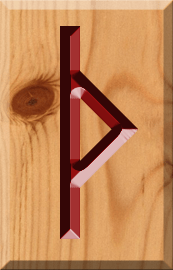 Þurs is the third of the Rök Runes, as in Elder Futhark as well. It hasn’t changed at all. Because of this, I’ve let it keep much of its original interpretation.

Þurs represents the Jotnar, the giants, trolls, thorns, and stands for chaos, transformation, a necessary destructive force, purging, defence. It mostly appears in relation to defence (active defence), that might be where the connection to the thorns come in. 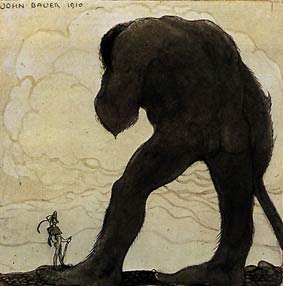 A jo;tunn, also called þurs, hrímþurs, jutul, jötul and gýgr (female), is a giant in Norse mythology, a member of a race of nature spirits with superhuman strength, described as sometimes standing in opposition to the races of the tribes of the Æsir and Vanir, although they frequently mingle with or intermarry with these. Their otherworldly homeland is Jötunheimr, one of the nine worlds of Norse cosmology, separated from Midgard, the world of humans, by high mountains or dense forests. Other place names are also associated with them, including Niflheimr, Utgarðr and Járnviðr. As an interesting side comment, the mountain range of southern Norway is called Jotunheimen.

Some of the jötnar are attributed with hideous appearances – claws, fangs, and deformed features, apart from a generally hideous size. Some of them may even have many heads, such as Thrivaldi who had nine of them, or an overall non-humanoid shape; so were Jörmungandr and Fenrir, two of the children of Loki.

Yet when jötnar are named and more closely described, they are often given the opposite characteristics. Very old, they carry wisdom from bygone times. It is the jötnar Mímir and Vafþrúðnir Odin seeks out to gain this ancient knowledge.

Many of the gods’ spouses are giants. Njörðr is married to Skaði, Gerðr becomes the consort of Freyr, Odin gains the love of Gunnlod, and even Thor, the great slayer of their kind, produces a child with Járnsaxa; Magni. As such, they appear as minor gods themselves, which can also be said about the sea giant Ægir, far more connected to the gods than to the other jötnar occupying Jotunheim. None of these fear light, and in comfort their homes do not differ greatly from those of the gods.

Some other names that you may have heard of are Loki, Þrym and Hrungnir. 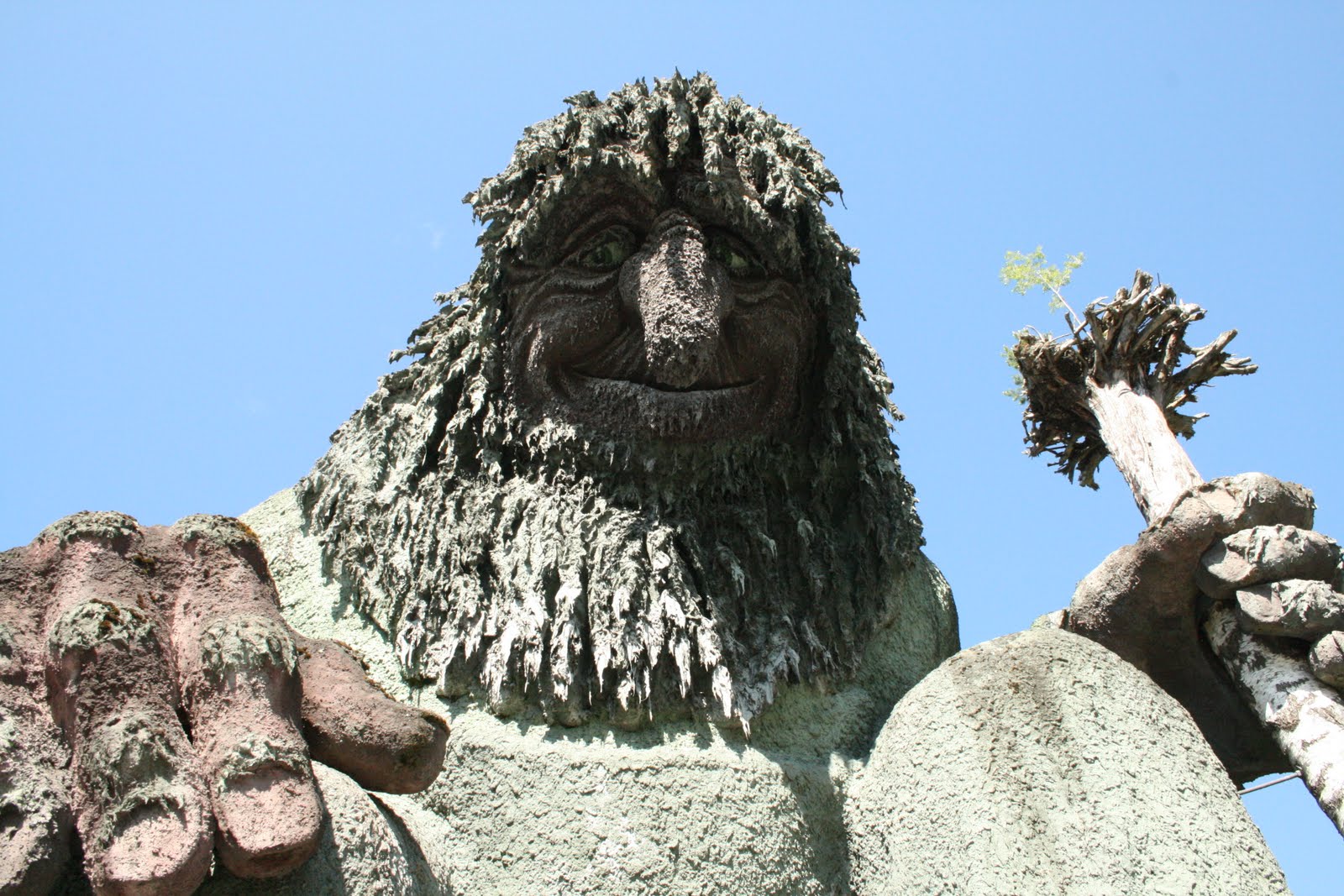 In later Scandinavian folklore, the nature spirits called trolls (deriving from the term for ‘magic’) take over many of the functions of the more ancient concept of the jötunn.

When it comes to future events, you may need to stand your ground, to defend yourself, your opinions or those near and dear to you. As for a description of you as a person, you have the power to deal with anything that comes at you.

Destructive force may be necessary sometimes, weeding, pruning trees, surgery etc., and this rune can therefore also be used in healing. We cut the corn at harvest and to get new seed, and so the rune can point to death and rebirth. It may point to energy or power that’s misdirected or misused. It can also indicate destructive tendencies in our selves that we should get rid of.

Merkstave: If you feel it needs to be interpreted in a less than positive way, you could interpret it as something is coming that you need to defend yourself against. It can also mean that you’re not taking the proper precautions. Make sure to organize and prepare for such things.

And my shop is at https://lindaursin.netshop