Queens with an attitude 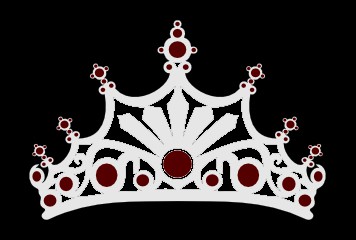 In Scandinavia, we’ve had several queens with an attitude. They’ve been strong, independent, going against convention etc. We have of course had others that didn’t, but I choose to celebrate two of these. They weren’t Pagan, but they were strong women, who deserve to be mentioned. One of them also has a connection to the witch trials. 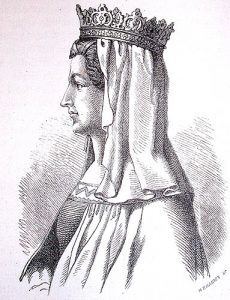 She was born with the name Margrethe Valdemarsdatter in Denmark and was the daughter of Valdemar Atterdag. Margareta was only six years old when she in 1359 was engaged to the then 18-year-old King Haakon 6th Magnusson of Norway, the son of the Swedish-Norwegian king Magnus Eriksson. The wedding took place in Copenhagen in 1363. Shortly after the wedding powerful men in Sweden deposed Magnus Eriksson, and proclaimed Albrecht of Mecklenburg as king of Sweden.

Her son, Olav was elected king of Denmark in 1376 but died at age 17. When her husband died as well in 1380, she ruled all three countries. Margareta’s conduct was friendly and lovable, but her actions were often authoritative and strict. She was always calm and deliberate, never rash in her actions. She understood to smoothly fall away for the opposition and adapt to the conditions but continued to work for her own plans in the longer term.

Her superior wisdom was admired even by her opponents but was designated in both Swedish and German chronicles as cunning. The powerful men who had elected Albrekt of Mecklenburg king of Sweden in 1371 came to regret their decision.

They asked Margareta for help, and in 1388 they proclaimed her the rightful ruler of Sweden. Albrecht of Mecklenburg had called Margareta “King Pantsless” in a patronizing and contemptuous way and had also sent her a whetstone with the advice that she should stick to needle and thread instead of politics. This occurred just before the battle at Åsle, where he was defeated by her army. According to legend Margaret later showcased Albrecht wearing a jester cap and a cape with a six-meter long trail as punishment for his insolence. Margareta formed a union between the three countries which lasted until 1521. 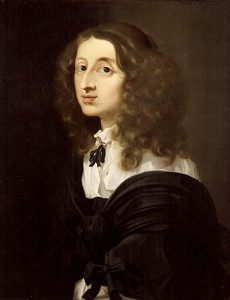 Kristina was born in Stockholm in December 1626 as the daughter of the Swedish king Gustav II Adolf and his wife Maria Eleonora of Brandenburg. Kristina herself describes his birth in her autobiography: “I was born with a caul and had only my face, arms and legs free. I was hairy all over the body and had a rough, strong voice. All this meant that my midwives, who received me, thought I was a boy. ”

Expectations of a prince had been extremely high and they had prepared a prince salute from the canons. After the midwives’ erroneous message, the king’s sister Catherine personally told him the news of a daughter’s birth. She visited the king with the newborn in her arms and let him with his own eyes that the child was a girl. The king received his daughter with delight.

Kristina ruled Sweden from 1632 to 1654. Her reign began at the age of six when her father died. She wanted to rule on her own, which meant that she had many opponents. Her motto was “Wisdom (is) the cornerstone of government”, which in Latin said “Columnia regi sapienta”. This is something that seems to have been forgotten by many of today’s people of power.

When the Estates in 1604 adopted the provision of female succession, the condition was that an unmarried queen should haste to marry, to ensure the survival of the dynasty. Kristina was early a subject of marriage plans, but they fell through. The Estates became increasingly insistent that she should marry. In 1647, she was forced to say that she would think of Duke Karl, but her real plans went in a different direction. The issue was again raised in parliament in 1649 and she was forced to admit that she could never be persuaded to marry, When she was reminded that she was obliged to marry, she replied that if she otherwise made sure she had a successor to the throne, that would be enough. She pushed her will through, and Karl Gustav was proclaimed her successor to the throne.

Witch trials were unusual for Christina’s reign. In 1648, the fundamentally important process towards Olof Mansson was held and resulted in a light sentence. In the winter of 1649, she gave orders for the witch trials that had begun in the Swedish province of Bremen-Verden in Germany to cease, so that it would not develop into a mass process. Kristina’s interest in politics had strong competition by her interest in art and science. Kristina collected art, books and manuscripts. She converted til Catholicism and was therefore forced to abdicate. She then settled in Rome, where she played a prominent role in the cultural life of several decades.