Photos and a round-up 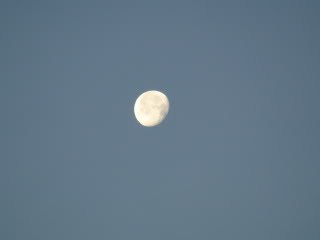 Today I started my day with a workout at my Physical Therapist, as I do every Tuesday and Thursday. On my way there, I took some photos. I just had to take another picture of the moon. Just to show the difference an hour makes, I took another picture while I was going to the office.

I also took some pictures that might be ok for autumn textures, backgrounds or wallpapers. Can’t say they turned out the way I wanted them too, but I’ll show them anyway. The camera on the HTC Touch 2 is incredibly slow, so pictures tend to be fuzzy. It also very bad at handling low light.

Yesterday afternoon I ‘walked’ around the Internet looking for pagan parenting resources and heathen resources for kids. I even asked the Asatru Fellowship for suggestions on songs and stories.

Right now I’m concentrating on the change to winter, of course, but I’m also interested in other sources. There seems to be a lot for older kids, but very little for the young ones (my daughter’s 3). I’ve finished one hose (stocking) for the 14th-century costume, but there’s a lot left. I’ve come to the conclusion that both costumes have to be finished by next summer since there’s a Viking gathering in June and the 14th-century fair is in August.