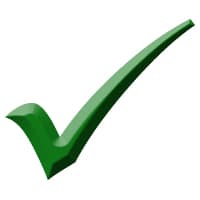 I passed the theoretical exam for my driver’s license on Friday, so now I can get around to the stuff that’s been hanging over my head like a massive cloud for way too long. In case you’d like to know how I did, I got one error out of 45 questions (you’re allowed 7 errors), finished in 10 of the allotted 90 minutes, and by that time I had gone through my answers again.

It might seem like I’m bragging here, but that’s not what I’m trying to do. I’m just saying that it can be easy if you actually study for it. What amazes me is that 30 % fail this test. Anyway, I’m not finished with the license. I still have the long drive on Monday and the driver’s test at the very least. I’m going to have to take more lessons if the driving instructor doesn’t think I’m ready for the test. On to the tasks at hand…

The website needs a major rebuild. I’ve been having some software problems, and everything needs an update, but the format needs work as well. So I’m in the process of migrating the whole thing over to WordPress. There are more changes coming at the same time, but those will show themselves after the migrated version is up.

In addition to that, I’ve got four (yes 4) ebooks to assemble, all of which will be for sale, and I hope at least one will end up on Kindle or get published in some other way. I also have to create a lot more art to have something to show, and start marketing my art in a different way than I’m used to marketing my amulets and services.

In addition to that, I need to get some articles and videos out into the world. It’s been far too long since the last one. And my profile picture could do with an update. Wouldn’t mind trading with a photographer for that one. I also plan to start speaking on a subject or two, so I need to write manuscripts for that. Not that it’s something that I expect will happen very soon… But the biggest task by far is the migration and rebuild of the website.