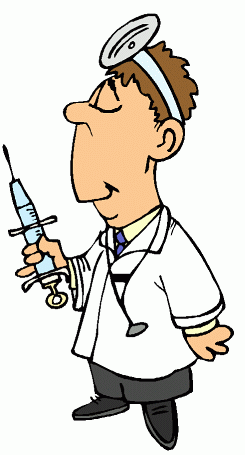 Want to see what a life with osteoarthritis, chronic pain, and other chronic problems looks like? Here’s a peek.

I had a doctor’s appointment on the 19th where I had a ‘mile long’ list of things to discuss with my doctor.

I actually forgot to mention this. It’ll have to wait ’til next time.

(I’ve since heard that all these values are fine.)

– The regular gynecological exam and Pap smear is overdue

We’ll do this next time.

He gave me a prescription for a new drug to try (Telfast 180mg) and ordered blood tests for all allergy panels (Indoor, Outdoor, Mold, Nuts, Food and total IgE).

– Since I had the systemic rash, I’ve had a rash on my chin that won’t go away

He said it looks more like infected hair sacks than a rash, but didn’t say anything more about it. I’ll have to take it up with the dermatologist when I get there.

– I need a new emergency inhaler for my asthma

He gave me a prescription for Ventoline 0,2mg

He was pleased to hear this because he thought it was a tragedy that I should be that incapacitated as such a young age.

– I informed him of what was said by the Rheumatologist

He gave me a prescription for one 20-pack of Tramadol 50 mg (I can take up to 3 a day for severe pain) and one for a 100 pill bottle of 1mg Paracetamol. This I can use 3-4 times a day and I should take one before I use the Tramadol.

– I asked for a referral to ENT-specialist because of my nose being stuffed all year round and got it, but it’s a 6 month waiting period.

– I asked for a referral to an eye specialist to rule out the presence hereditary macular degeneration and to check my left eye and got it. (I’ve since gotten an appointment for 9am on the 12th of December.)

My next appointment is on the 8th of January.

After the appointment, I went to the pharmacy and picked up my meds (and a red nose for charity). I also went to the grocery store to buy 3 cartons of milk. Unfortunately, I managed to forget the bag by the side of the bench I was sitting on when Jonny came to pick me up. I don’t usually forget such things, so this was very annoying.

They took 2 pictures of each of my hands, wrists, elbow, shoulders, ankles and feet. In the middle of all of this, the technician had to reboot the equipment. She apologized, but I said that I work with computers, so I understand.

After I was done there, I went to the reception of the Movement Centre. The Rheumatologist had asked me to call after the X-Rays were done, so I thought I’d stop by and get my next appointment while I was there. However, the Rheumatologists weren’t there on this day, so the receptionist said she’d leave them a message to call me with my new appointment. Yesterday they called and asked why I hadn’t called them. I informed the nurse that I expected a call-back from them and she said they hadn’t been told. I got my new appointment at 10 AM on the 5th of January.

We got the first snow that stayed on the 28th of November. On the 29th we took Lilith out to try her new toboggan in our garden. I was mildly forced to try once myself, with her on my lap. It went fast, but not scary fast.

On the 28, in the middle of washing the whites, our washing machine broke down. It did the same for hours, no matter which setting we put it on (tick, tick, wroom, spin twice). We couldn’t even get it to pump the water out. The next day we emptied it, and I had to wring everything out and hang it to dry.

Jonny bought a new washing machine on the 30th. It was very cheap (considering) and actually a lot better than the one we had before; a lot easier to program, more options, a huge door, a timer etc. The old one was 10 years old, so we expected it to break soon, just not in the middle of a wash two days before my finals.

The finals consisted of a three day home test, starting on the 30th. The assignment was to create a site for a company that provides tips for horse races. First, we had to plan it as if it was a real contract and set up deadlines, then we had to create a graphical profile for the company and create the database and the site itself. The customer registration had to work, but not the ordering and the confirmations. I got it all to work though. One page gave me some problems but worked after I re-created it. I used Microsoft Access, ASP and VBScript, as this was what we had used during the semester. If I had to do it for myself, I would have used MySQL and PHP. Next semester I’m taking Web programming in PHP.

We’ve had our car back for about two weeks now, and the error hasn’t returned (even if Jonny’s been instructed to provoke it). I hope it won’t because we’ve had enough.

Between last Thursday and Monday, my website was moved to another server. I rebuilt it and another of our computers to better utilize the resources. My server now has 2 GB of RAM and a larger case. It got to keep everything else, so I didn’t have to reinstall. The same goes for the other computer, but it has 1,5 GB of RAM now. I was going to split the other one in two to have a backup in case a guest needs one, but since the graphics port on the third motherboard doesn’t work, it’ll have to wait.

I finally made and sent the Christmas Card to my mother today. I wasn’t able to find photo paper for laser printers in time, so I ended up laminating a regular paper instead. I’ll have to remember to buy some paper for next year. Everyone else gets the same card via e-mail, but since she doesn’t use e-mail I had to send it by regular mail.