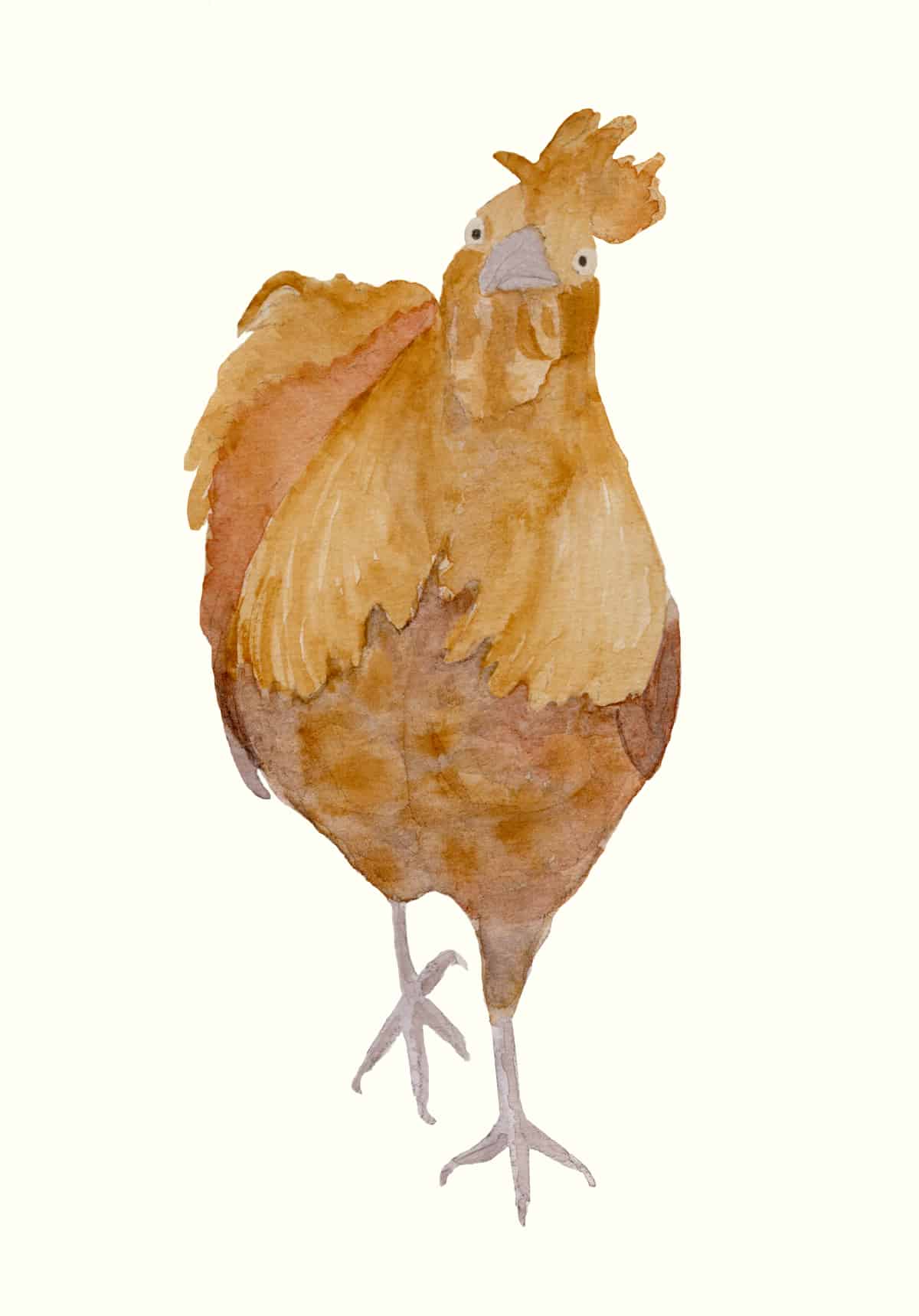 This is the first of the series samples I’m creating. Small sketches to show what I have in mind for each series. The bird above is a specific Rooster from Norse mythology and its name is Gullinkambi (golden comb). I used today’s art challenge to create him and Bonzo picked the medium; watercolour.

Gullinkambi is one of three roosters said to crow at the beginning of Ragnarök, the end-battle. He lives in Asgard and it’s his job to wake the Æsir and the fighters of Valhalla when Ragnarök begins. As you might have guessed already the series in question for this one is ‘Creatures of Mythology’. I’ll be creating more samples soon, to show you what I have in mind for the other ones.

It will be up as a print by the end of the weekend. (Edit: You can find it here)