I went to get a haircut today so I have a new hairdo. I took half the day off so that I could buy a bra as well. At 11:30 I walked from work to the hairdresser’s (Næss Dame & Herrefrisør). It’s a drop-in salon, but they did a good job and were very nice. She gave me a lot of compliments about my hair, mostly the amount of hair. She spent an hour cutting and thinning it out.

Afterwards, I went to a shop called She. They’re the only ones who carry my size. I was lucky. They were having a sale. I got three well-fitting, comfortable bras for less than the normal price for two. I then went to a shopping centre called City Syd, to get the pharmacist to sign my new health expenses card. (I managed to run the old one in the washer). I also went to Barnas Hus (a shop that sells stuff for children) to get a refill for the diaper bucket. I then went to meet Jonny and drive home. Well. Here’s the new do. The first picture is without styling. 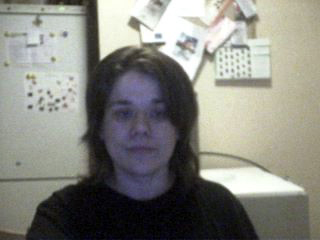 Jonny thought I looked a bit like an old picture from when I was 17-18. I think he meant this one. 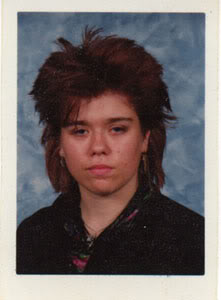 Are they that similar? 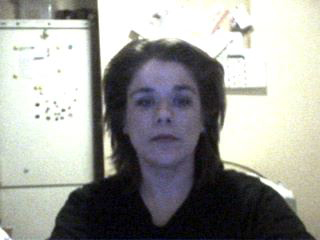 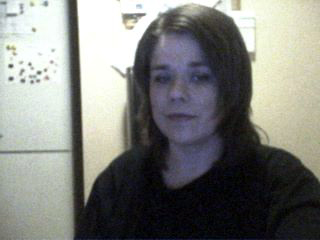