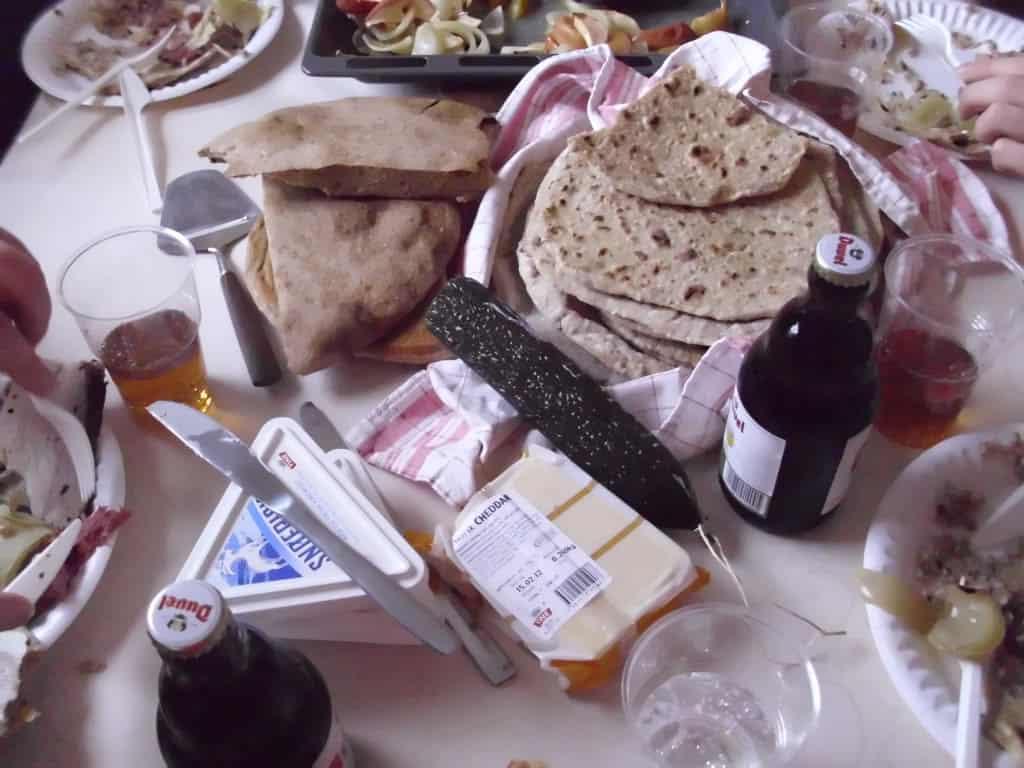 Yesterday was the day of my Viking Age Feast, my Yule Feast We had a great time, and the food and drink were well received. We ended up being 15 people, some from friends the village, some from the Viking group, and, of course, my family.

Since I haven’t asked, I won’t post pictures of the people here, just the food. One of the guests runs a food blog, and she’ll be posting details on the food. I will also do that, but on YouTube. One food item is missing.

The Field Mustard was never prepared because as soon as they thawed, they turned green. In addition to the food in the pictures, I had Clove Mead and Aniseed Mead, and Belgian Ale. But since most were driving, they had Ginger Ale instead. Those who did taste the mead liked it.

If I believed in omens, this would never have happened, but it did. Despite a burnt hand, the dishwasher tipping over, broken glass, almost two feet of snow, a failing meat thermometer, bread that didn’t rise, and a bunch of other little things.

Now the house has returned to normal. Well, not quite. It’s a lot cleaner and tidier than normal 😀 I will be paying for all the work I did for a while, but it was worth it. I appreciated the great company, the discussions and the feedback. The positive feedback from one of the guests was extra special since she really is an authority on the subject. She’s writing a book on food from this period.

Braised Ham with a Honey Glaze