My puppy doesn’t do drugs 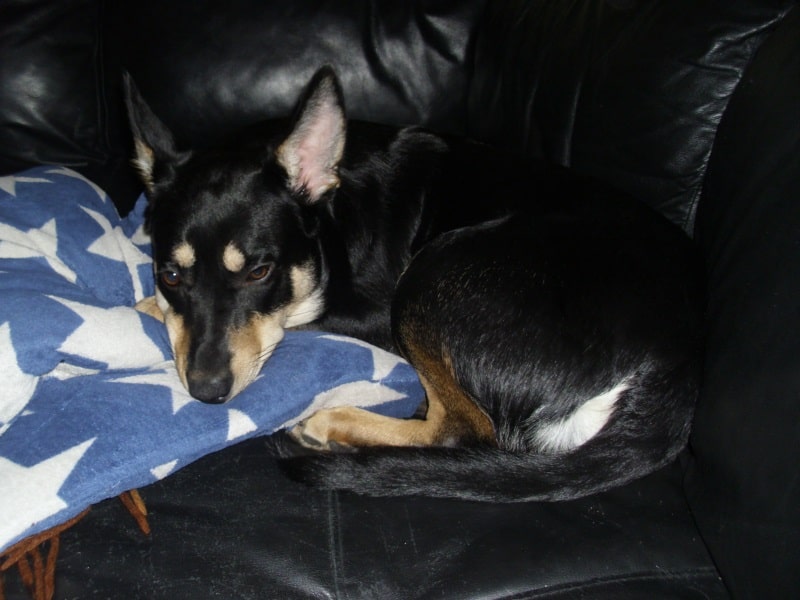 Today I took my puppy Bonzo to the vet’s to get his claws trimmed because he panics when he sees the clippers and the claws were too long. It took 2.5 hours to get them trimmed.

If you haven’t heard of Bonzo before, he’s an Australian Working Kelpie (as opposed to a Show Kelpie), and he will turn 9 months on the 24th. That’s him in the picture.

They had been warned that he might need sedation, so they had a shot ready when they figured out it was needed. That shot didn’t do anything. Bonzo was full of adrenaline, and he is stubborn. So they gave him a refill. That didn’t take fully either. Every time he heard a sound, he was up on his feet. After two hours, he still wasn’t down, so they gave him a third. He still got up, bouncing around and freaking out when they held his paws and brought out the clippers. So in the end, they had to put him under with a short-term anesthetic.

They said they had never given a dog that much dope for trimming claws, and they had never seen a dog standing on all four, jumping around after three shots. In his case, it’s probably the adrenaline counteracting the drugs. Next time, they say he’s getting a stronger starter shot, so we can avoid this.

Since we got home, he’s been sluggish, but that’s to be expected after that amount of drugs. He’s doing fine, and his claws are a lot shorter now. We’re going back for another trim on the 21st of January.