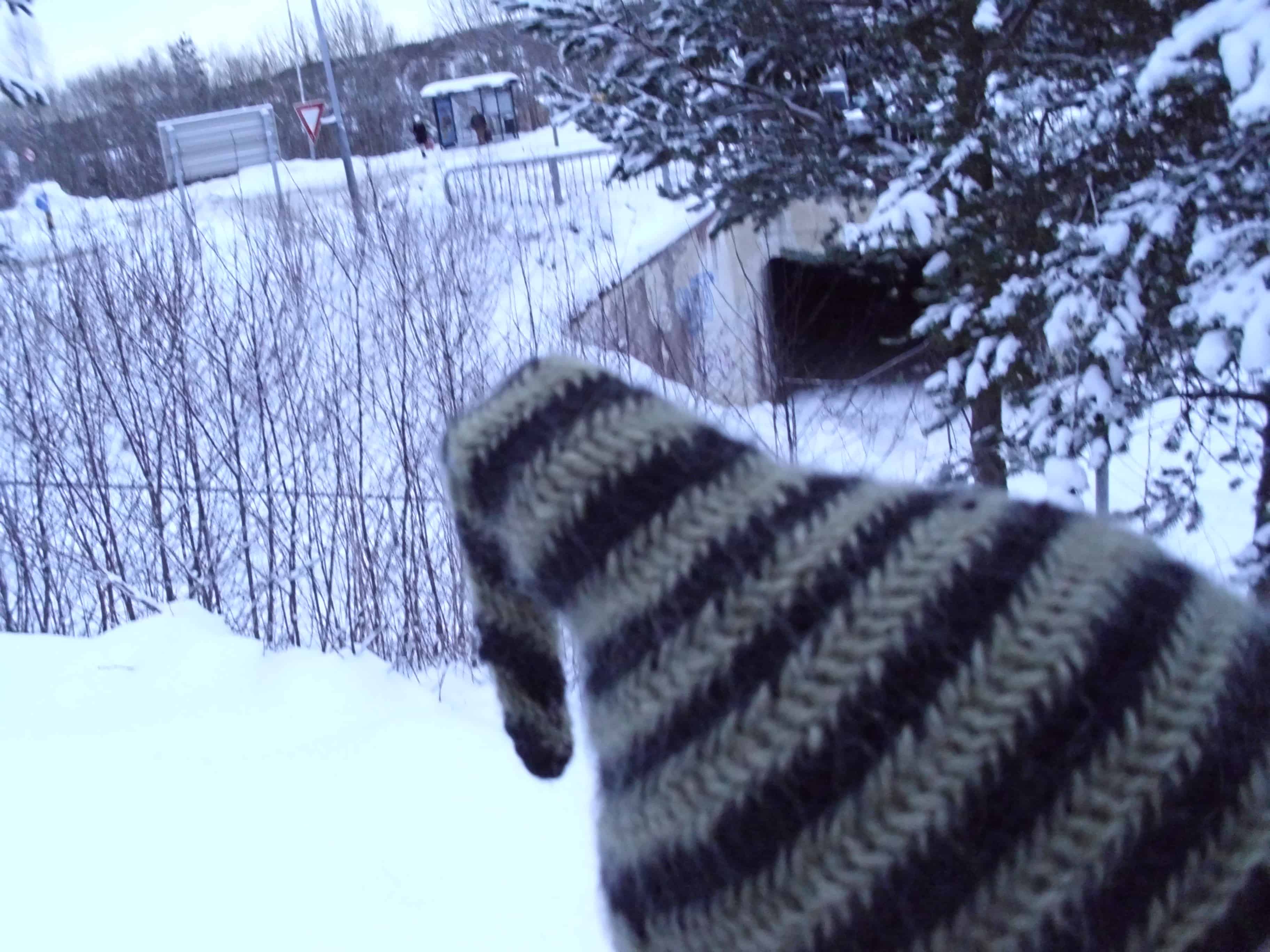 I wore the lovely, nalbound hat I got from Ingvild again today. I find I like wearing ‘pointy’ hats. maybe it’s the witch in me 😀 I need to make more of these, and I’m definitely making myself a Chaperon. By the way, the only reason it’s standing up like that is that my bun is in the point. It turned out to be a long and hard day.

I arrived in Trondheim around 8 AM. I had planned on returning some books before going to Unilabs but discovered that the library doesn’t have anywhere to deposit books outside of their opening hours. So I had to do that after the MRI.

I’m thinking all this carrying of books might get any injury to show up even more clearly as well. It was far from comfortable. If you’re surprised that I’m writing at all with my shoulders in this condition, there are more ways of writing than sitting at a desk, in front of a computer. I’m mostly using my phone since it doesn’t require me resting my arms on anything. I’m also using my laptop since I can lay down on the couch and write, which also prevents some of the unnecessary pain. Another thing I wish to make clear is that I didn’t write all this in one go, it was written in increments throughout the day and then edited together.

I stopped by work to pick a gift I’d left there. Besides the guy on the phone, nobody was there. So they shouldn’t be annoyed by the fact that I didn’t say hello. I also took some pictures of the Christmas decorations in the city. 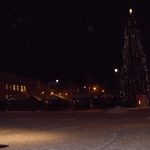 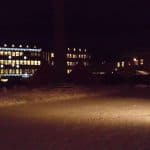 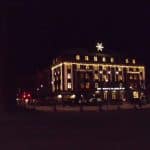 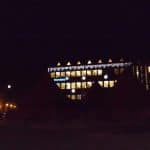 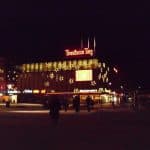 My MRI was at 10:20, so I was really early. I sat down in the mall for a while, waiting to take the bus. Since I don’t like waiting, I planned to sit there for just a little while before taking the bus. As I was sitting there writing, an addict was talking to me about how cold and tired he is, and that he was waiting for 9 AM, so he could withdraw some money.

This was about 8:45. In the end, he was shown out by the guard for talking too loudly and kindly asked to go to the shelter to get some wool undergarments and a thicker jacket. The wait at Unilabs wasn’t as long after all. First and foremost because the bus I thought would take me straight there, has had its route changed. It drove on the wrong side of the river.

I had to get off at the next bridge and walk across the river, under the motorway, and then to the nearest bus stop. The walk itself took half an hour or so. Not that I don’t need the exercise, but I wished I wasn’t carrying books. Another reason I didn’t have to wait long was that I got in 20 minutes early. I took some more pictures on the walk between the busses. It was still a bit too dark, so please excuse the flash. 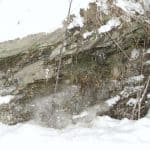 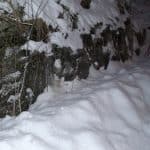 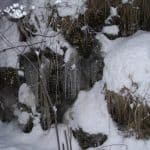 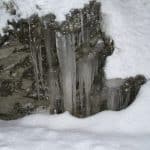 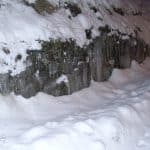 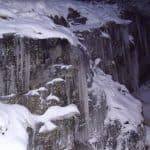 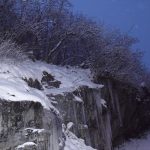 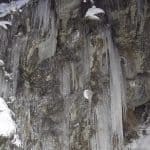 The MRI took half an hour. I had to lie on my back for 15 minutes, with the left shoulder in a cup of sorts, the other slightly raised, my left hand with the top of my hand on the bed with a weight on it, and a pillow under my knees. Then switch to the other side for another 15 minutes. It wasn’t as noisy as last time I had an MRI. This was tolerable. Last time gave me a headache.

I’m also happy for the pillow under my knees. Otherwise, my back would have been screaming halfway through the first round of images. After the bus ride back to the city centre, hunting saffron in all the pharmacies and returning books at the library (and picking up more books of course), I stopped at Burger King for a burger. After having my lunch, I went to check out the Christmas Market and the Farmers Market in the city square, then do some shopping before going to where hubs works for the car ride home. I met an acquaintance at the Farmer’s Market. She’d had a fabulous day of sales, so she was sewing new puffs where she stood. 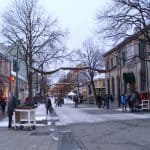 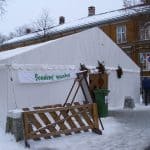 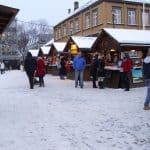 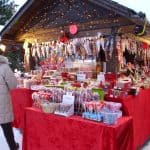 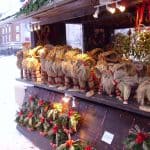 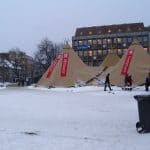 On our way home, we stopped in the nearest town to where we live, to pick up some heaters we’d ordered. I do like to be able to pick things up in the closest store, instead of paying for delivery. Especially when it’s heavy stuff. 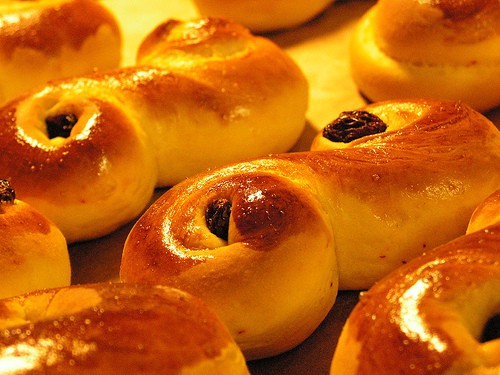 I’m baking lussekatter tonight. A traditional Swedish thing for Lucia, which is tomorrow. Right now I’m waiting for them to rise again, before adding raisins, an egg wash and putting them in the oven. I’ve made 32, but I think it should have been about 45. They’re getting pretty big. I hope they’ll be super tasty. I was able to find enough saffron by going to two different pharmacies, one in the city, and one in the town. If they turn out good, I might add pictures tomorrow.

Another thing for tomorrow is the first proper visit at the local Physical Therapist. I called him to ask him to order a cab for me. I also called my PT in the city to tell her I won’t be coming for a while. Probably not until after the holidays. Now, after a very, long and hard day, I don’t feel like doing anything at all. My knees are shot from walking on asphalt all day in heavy winter shoes, and my shoulders are shot, both from the MRI and from carrying stuff all day.