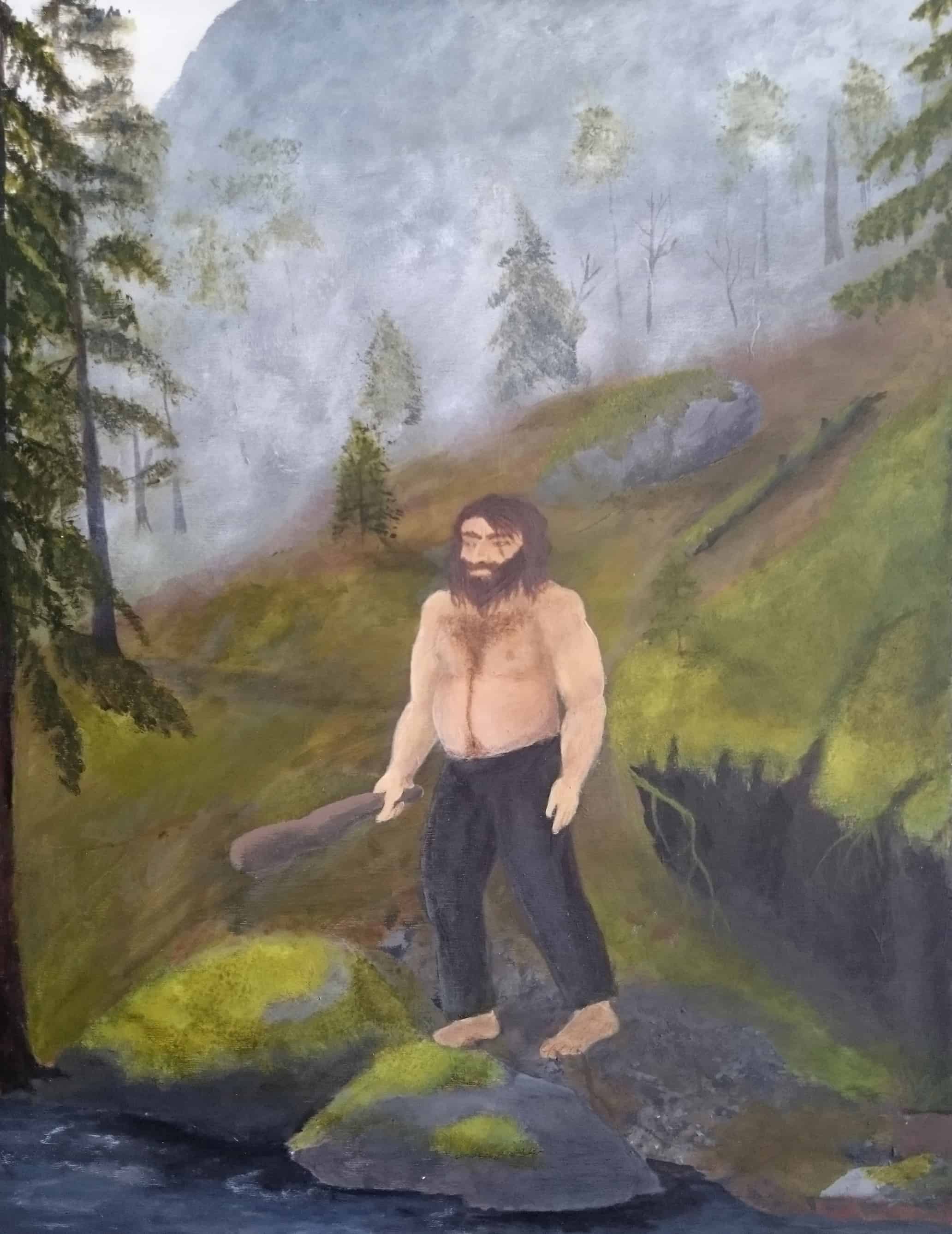 This is the fourth painting in my folklore series; a troll. You’ve probably seen lots of artwork with trolls in them, like John Bauer’s paintings, but did you know that they actually resembled humans a lot more than most pictures let on? In Scandinavian folklore, there are numerous examples of trolls being mistaken for humans, and even switching their babies with human babies. So I wanted to paint a troll that could be mistaken for a human. The painting was done in acrylics on vinyl, as the others in the series.