The Story of Lilith’s Birth 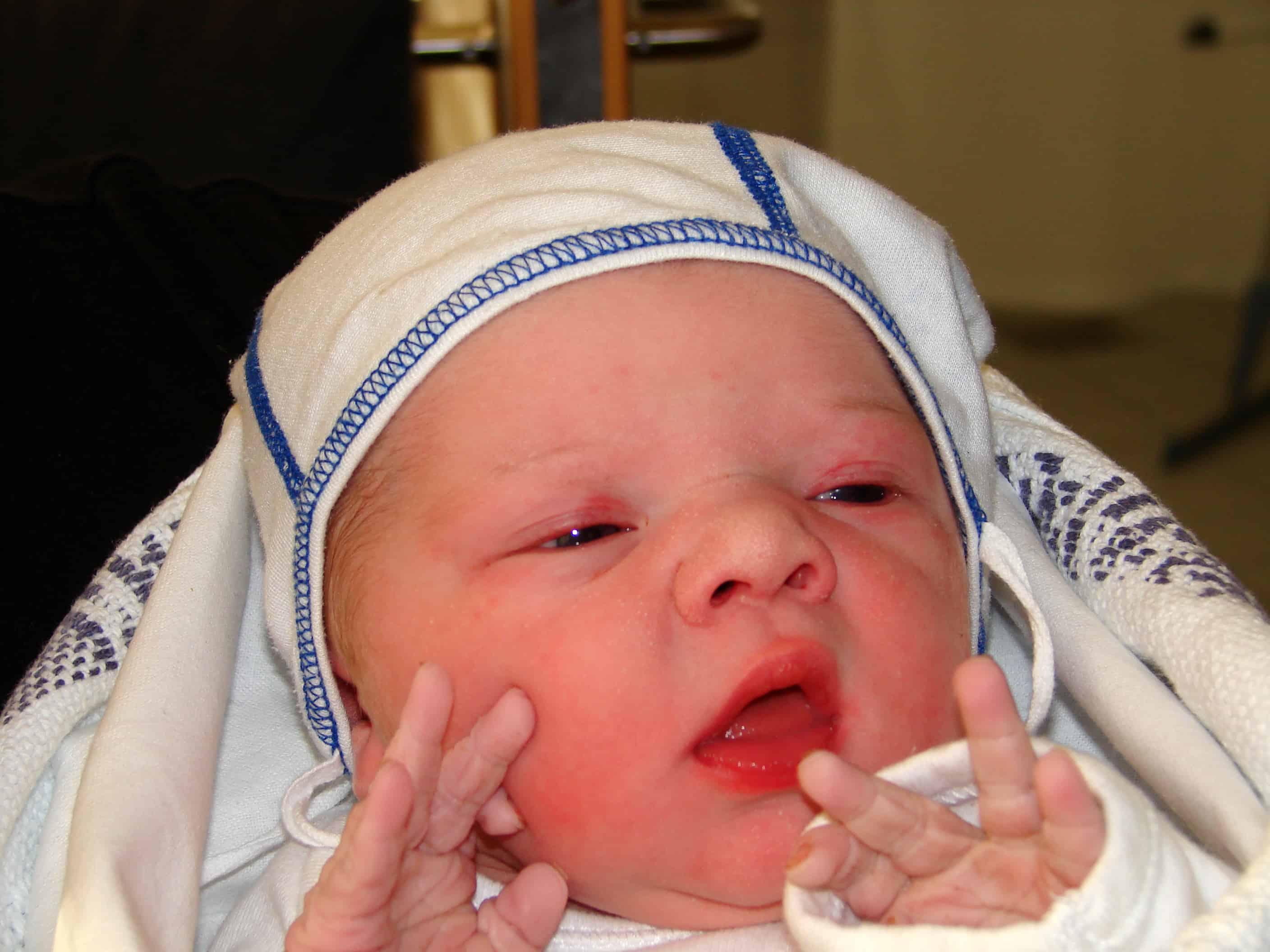 Somehow, I’ve managed to misplace the post I did on Lilith’s birth. So I’ve decided to post it again. If you’re squeamish, don’t read it.

I woke up twice during the night with pain resembling menstrual cramps. I woke up again at 2:45 AM with the same kind of pain. The pains were slightly stronger than menstrual cramps and peaked before they disappeared. The contractions started with 7-8 minute intervals and were about 30-40 seconds long. I called the delivery ward at the hospital at about 4:00 AM, to ask if I should come in. They said I should wait until the contractions were stronger if I felt confident enough to do so.

I waited until Johnny got up. By then, the pain had become significantly stronger, and the contractions lasted longer. They were now 4-5 minutes apart and lasted about 1-2 minutes.

I told Jonny that he probably wouldn’t have to go to work that day. I called the hospital again and asked if I should come in now. They said I  could.

Jonny packed the car, and we went to the hospital at about 5:30 AM. Since we had about 70 km to drive, we got there about 6:30. The drive down was far from pleasant. I pressed my feet against the car floor at every contraction.

When we got to the hospital, we went upstairs, and I waited at the reception while Jonny parked the car. Before Jonny came up again, I was ushered to an examination room where they attached two sensors to my belly (to monitor the contractions and the baby’s heart rate).

Jonny found me anyway. At 6:50 AM, the water broke. I had no problems realizing this had happened. The midwife didn’t like that the water had a brown discolouration. This means that the baby has been stressed at some point in time and has defecated in the water.

I was about 1 cm dilated and the cervix was flat. I was moved to another bed and driven to a delivery room. The dilation went very slowly, but they said they’d guarantee a baby today.

Because the water was discoloured they put a pulse sensor on the baby’s head instead of the one on my belly. The contractions were significantly more painful, but they weren’t effective enough. So I got a drip which would make them stronger. This made the baby’s heart rate to go down from about 140 to 80-90 beats per minute.

This lead them to immediately stop the drip and call the pediatrician. The pediatrician said that I was still only 3.5 cm dilated and that we should wait a bit. The midwife gave me a temporary catheter to empty my bladder.

They gave me Nitrous Oxide to ease the pain, but it didn’t help at all. Then they put me on Oxygen to get the heart rate up again.

I got an epidural because I didn’t get any rest whatsoever between contractions. During the contractions, I was kicking my legs like a salmon because it was so painful that I couldn’t keep them still. (I have a very high pain threshold, so this is not an exaggeration.) When contraction was finally over, my back pain stepped in, worse than ever.

Because of my previous back surgeries, the epidural had to be put higher up. Otherwise, there was a risk that they went into the spinal cord if the membranes had fused along the scar.

They warned me that it would hurt when the needle was inserted, but I thought it was no worse than a blood test. It was much worse to in a forward bent position in the middle of contractions.

I probably moaned quite a bit since Jonny massaged my shoulder during contractions. They told me to continue with the laughing gas until the epidural took. I was told that the midwife would check the dilation when it had taken.

After a while, they had to refill the epidural because it didn’t take. When this finally did (took about 20 minutes), the screen that showed my labor curve topped the scale, but still, nothing happened. Now I only felt the peaks of every contraction. I quickly became less mentally fatigued when I didn’t have to endure the back pain between contractions. The dilation was still only 3.5 cm and now the cervix was really swollen. There was even an edge to it.

They started the labor strengthening drip again, but the same thing happened (the child’s heart rate went down dramatically). So they had to stop it immediately. They called a doctor who also checked the cervix, and it was decided that we should have a cesarean. It was mentioned earlier when the heart rate went down.

Neither I nor Jonny was particularly worried. They said the baby was fine and our attitude was that if that’s the way it has to be done, so be it. There’s really nothing you can do about it, so there’s no point in being scared.

They removed the labor intensifying drip, but they left the saline solution in. My back was washed, and they gave me a spinal block. This was lower than my surgical scar. Which made them tilt the table to get my head down so that the anesthetic spread upwards.

They checked in to ask me when I felt like a sponge was cold or not. Finally, I was numb below the chest. Then they returned the table to a horizontal position again.

I lay back on the operating table with an angled pillow under my back, and my arms out to either side. In front of my face, they hung a screen so that I wouldn’t see anything. Jonny came into the operating room in surgical clothing and was asked to sit by my head.

After the operation, I couldn’t get Voltaren as a painkiller because of asthma, they, therefore, let the epidural act as the post-operative painkiller instead.

The surgeon, midwife and anesthesiologist said that she seemed to be an intelligent and pretty girl. She seemed to be looking directly at people right away.

They wiped her clean and gave her to Jonny. Then she was allowed to lie on my chest for a little while. They took her away for washing, measuring and weighing, and Jonny went with them.

I was stitched up and moved to recovery. There I waited for 1.5 hours, while they checked that I didn’t get any drop in blood pressure. I also got some injections to stop the tremors in my arms. We thought that Jonny and the baby would come down to recovery, but they wheeled me up instead.

I nursed her right away. There is nothing wrong with that child’s appetite. I got help to put her to the breast the first time, because I couldn’t see over it. Jonny took a picture to show me, and the breast looked like it was three times bigger than her head.

I only bled slightly more than a normal menstruation. We called our parents and sent a lot of MMS messages to friends and acquaintances.

It seemed as if Mum was touched by the fact that I called, because we don’t speak much otherwise. She said she often thinks of me.

At 6 PM, I had full sensation in all toes again, and was up and walking. I didn’t need any support and I wasn’t dizzy.

The nurses were impressed by my condition. They hadn’t expected me to be up and moving me that soon, or with such ease.

They told me several times to drink more water because my urine was dark. I was finally able to force down two liters of water, and the catheter was removed.