Let kids be kids and touch your cards and crystals 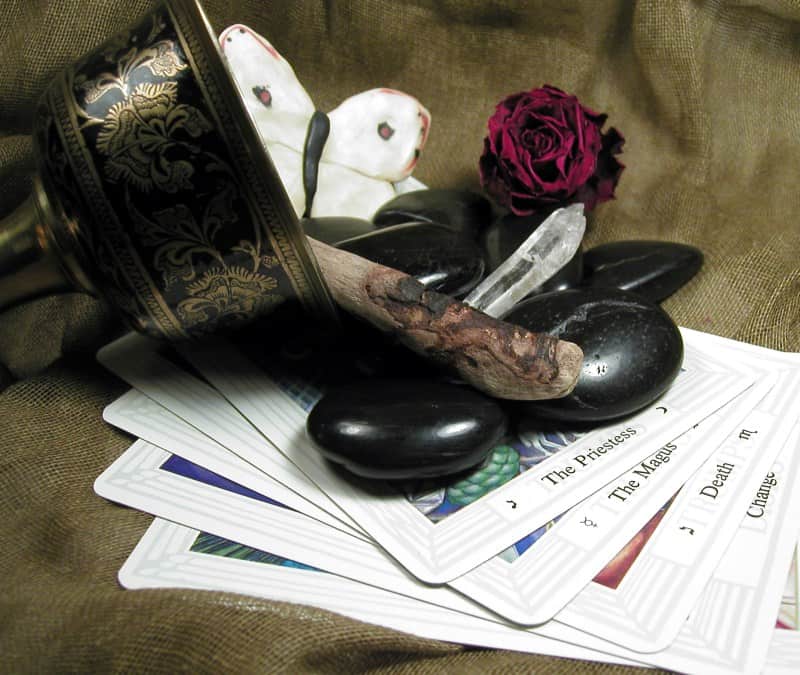 I’ve come across so many witches, Tarot readers, rune readers, pendulum and crystal users saying you shouldn’t let anyone touch your cards and other magical stuff, and definitely not kids. This is something I strongly disagree with, but I’ll try to be tactful here.

I have never seen any change in how my items work after my daughter has touched them. I believe limiting them adds negative energy as well. If you’re one of those enforcing these limits, give it some thought. Acting frustrated or even angry when someone touches your metaphysical items cannot be a positive thing for the child or the items.

How are you going to awaken a positive interest in a child if they can’t touch them?

Kids are very tactile; they need to touch things to understand them better. Let them play with your crystals, cards, runes, and pendulums; they think they’re beautiful. My daughter especially loves a tumbled Quartz crystal. I keep finding it everywhere but where I put it last. She loves to look at my tarot decks, flipping through the cards and looking at the images.

How do you feel about this?