Late because of an accident 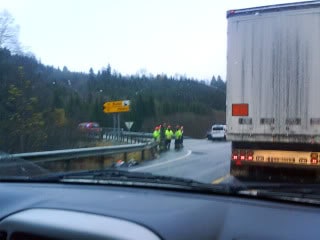 Yesterday, we got home about 45 minutes later to work than usual because of an accident. It looked really bad, one of the people were stuck, but fortunately, the three people involved suffered only mild injuries. Here’s the news article, if you’re interested: http://www.adressa.no/nyheter/sortrondelag/article1542356.ece

I tipped off the newspaper and a radio station, and I was posting on Facebook and Twitter during the time we were in the traffic jam. The newspaper asked me to take a picture as I passed, but I didn’t get any good ones, and their journalist got there before we were allowed to drive.

It’s been snowing today. These pictures were taken early this morning, that’s why they’re dark: