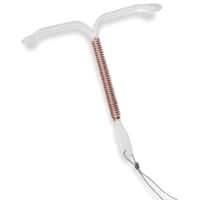 I got my IUD last Friday, and I thought I’d write a blog post about it, so that those who are considering getting one, get some impartial information.
First, I should probably explain what an IUD is. It’s a device that is placed in the uterus to act as a contraceptive. I chose the copper version (others use the hormone levonorgestrel) because I don’t want to get my body messed up by hormones again. I used the pill for 20 years, that’s enough for me. 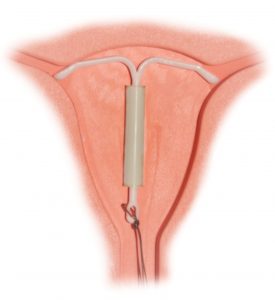 Many are afraid to get the copper IUD, but for those of us who have a normal cycle and whose cramps aren’t too bad, there’s really no reason to be afraid. Unless you’re allergic to copper, but you should get that checked in advance.

I got the prescription for my IUD (NOVA-T360) at the doctor’s office when I was there for something else on the 14th of September. I then had to go to the pharmacy and buy it. It wasn’t that easy to get hold of. There were only two in the city, and none where I live. The pharmacist that’s closest to where I work was kind enough to order it for me from their other department in the city.

The process was uncomfortable, I won’t lie to you, but it wasn’t that painful. It wasn’t any worse than most people’s menstrual cramps. The doctor inserted and instrument to keep the cervix open and then inserted the IUD. He cut the cord a bit long to make sure there will still be some outside the cervix after the IUD has settled. 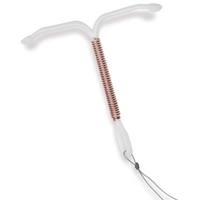 After it was done, I was told not to bathe or have intercourse for two days, so that I would heal without infection. He also told me that I was going to experience some spotting and some cramping, but that this was normal. What I had to look out for, was strong stomach pains, heavy bleeding and fever.

He doesn’t expect me to have any side effects from this. My period might get a bit longer, and the bleeding a bit heavier. But nothing major. Menstrual cramps might also get a bit more powerful, but since mine are very mild, I don’t see that as a problem.

The IUD has to be changed every five years. For the next five days, I had some spotting, but nothing beyond what a pantyliner takes care of, and some mild cramps, but no worse than my usual menstrual cramps. The cramps were on rare occasions, not continuous. I still have a rare cramp now and again, but that’s because it hasn’t settled yet.