It’s time to show you the strange Raven 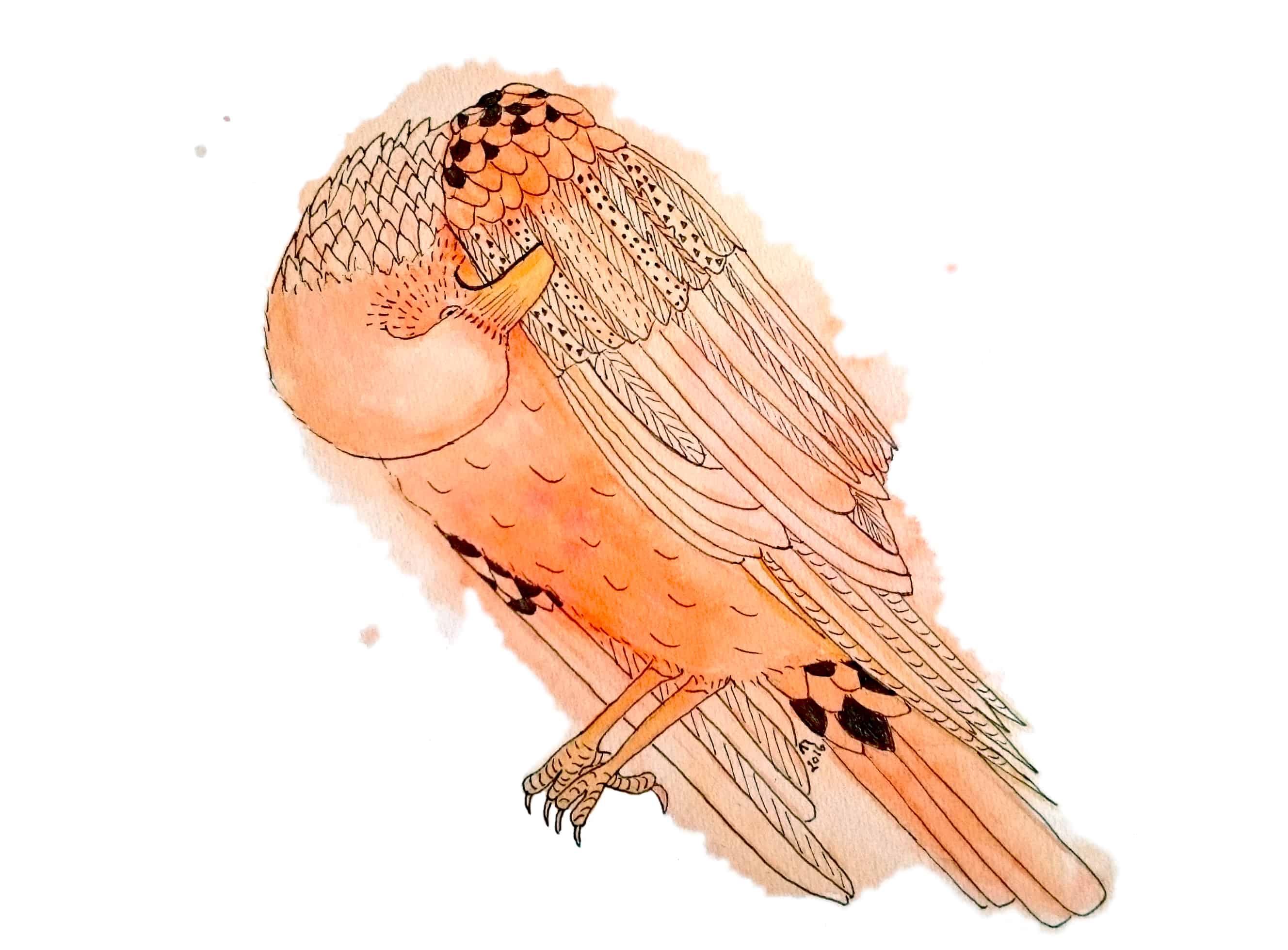 The Vain Raven in Orange is number 5 in my series of Strange Birds, and I decided to make it an orange Raven because orange is a contrast to the blue you normally find in the black wings of a Raven.

I hope you think it’s a pretty bird, and a fun representation of a Raven. Maybe it also challenges your perception of what a painting of a Raven should look like?

In keeping with the theme of the series, I wanted this Raven to have a less than normal pose, so I painted one that’s preening his feathers. Most paintings of Ravens seem to have them sitting or flying. I also wanted it to be a very different colour. But if you ask me why I chose those patterns, I can only say ‘because it felt right’.

I used watercolour for the rough outline and larger details of the bird. The lines and patterns were done with a sharpie. Initially, I made the head too small, so I decided to enlarge it with the second layer of watercolour. When I came to the point where I couldn’t add more to it without making it look wrong, I called it finished.

Painting these Strange Birds is a lot of fun, an opportunity to play. Creative exploration and self-expression is a big part of my life, and this is one of the many ways I play. I’ve been drawing birds for many years, and with the exception of very few examples, I only started painting them in 2010.

I decided to do the Strange Birds series in watercolour because most of my birds have been in pencil, coloured pencil or acrylics. Getting the texture of the feathers right with a brush is definitely not an easy task. That’s one reason why I’ve avoided adding texture to these.

Ravens are present in many myths and legends. One of more well-known examples would be the Ravens of Odin; Hugin and Munin, in Norse mythology. In addition to this connection to my spirituality, I also have the pleasure of seeing these mysterious birds fly overhead from time to time, as I love in the Norwegian mountains. It’s just as wonderful every time I spot a Raven.

I hope you can see the beauty of the Raven is more than it’s colour or it’s mystery. That it has a softer side too.

There will be 10 more birds in this series, but I’m not telling you what they will be. You’ll have to wait and see 🙂