I hope it’s not too late 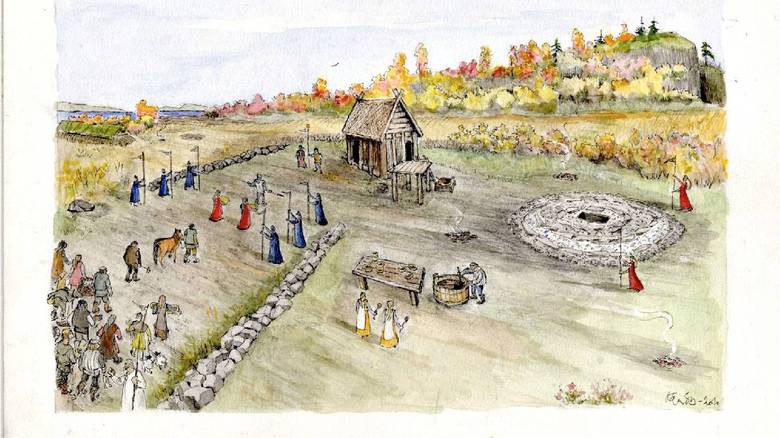 In 2010, they uncovered an unprecedented find outside Trondheim. This will now be obliterated to build apartments. Since the holidays, a group of people have been working to save what can be saved. I hope it’s not too late.

The archaeological dig is finished, so we know something about what was there. They think it’s the first proper Vé found in Norway. There have been a couple of newspaper articles on the matter, and the group on Facebook has formed a proper organization to try and save and/or reconstruct this. Yesterday, the archaeologist leading the dig, led the group on an inspection of the site.

I was supposed to go, but time got too short, so I didn’t get to do that. One of the downsides of not having a driver’s license and a second car. I’ve read the report, and it looks better than we initially thought.

Three large stones from the end of the procession route have been preserved, and the smaller stones from the route have been piled up by the construction site. The stones from the Horg are still scattered around the dig site, where the archaeologists left them. The builder has apparently abided by the rules, so they’re not really to blame. But the National Antiquary says the case is closed. They’re not going to go back on their decision to let them build there. No matter what has emerged in the last year, or the fact that the site is so unique.

I wish we’d gotten organized earlier, then we might have been able to save it where it was. Now we need more information about when they’ll start building on that piece of land, to be able to save the stones for later reconstruction. I hope it’s not too late…

The article in Adresseavisen (in Norwegian)
The article in Aftenposten (in Norwegian)
Aarsbog World on Tumblr (in English)
This page shows what they’re building on the site (in Norwegian)
Bevar veet på Ranheim, the Facebook group <- Join! If you think this treatment of a unique site is a load of BS, and you want to speak your mind. Send an email to any or all of these:
The National Antiquary: postmottak@ra.no
The City Antiquary: byantikvaren.miljoenheten@trondheim.kommune.no
Minister of Culture: anniken.huitfeldt@kud.dep.no