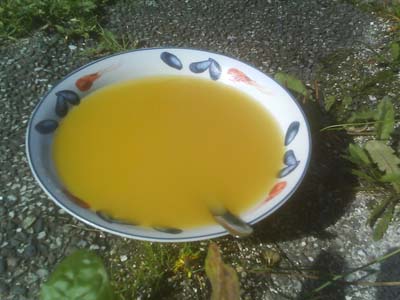 I made Honey Soap today.

It’s been a while since I last made soap, and I’ve never tried this recipe before. So it’ll be interesting to see how it turns out. I made the soap from 750g of cheap olive oil, 250g of coconut butter, 140g of sodium hydroxide and 350ml of tap water. I got it to trace earlier than last time I made soap by using a hand mixer.

Here’s a picture of the soap right after I mixed the ingredients. I mixed it outside to avoid the fumes:

I used a juice carton for a mold: 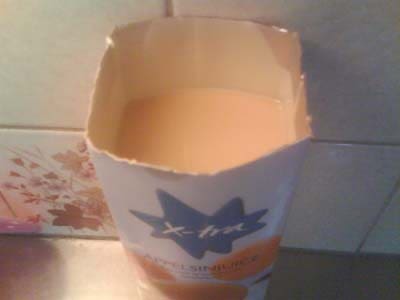 I was supposed to add one tablespoon of honey dissolved in some of the water after I mixed everything, but I forgot. So I added a heaped teaspoon directly into the mix. In a few weeks, we’ll know if it worked.

It’ll be interesting to see how it turns out. I plan to sell it in the webshop if all goes well.