What being a heathen witch means to me 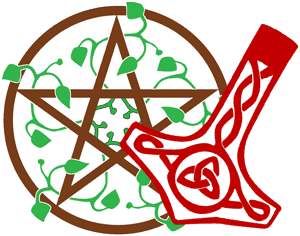 I want to take some time to explain what it means to me to be a heathen witch.

First of all, I use this description, to avoid the automatic association with Wicca, that some people have. I have nothing against Wiccans, but I am not one.

I started out as an eclectic witch, and the heathen part came later. But today, I am a heathen witch. The spiritual part of this is that I celebrate the major Asatru holidays and a few minor ones, and I also celebrate Moon cycles.

When it comes to deities, I don’t include many gods and goddesses in my work. I do on occasion, but not that often. I’m more connected to Nature spirits and ancestors. That’s probably the witch part of me.

Both heathenry and witchcraft:

Witchcraft also has a strong connection to feminine energy. All these things are a part of who I am. Some dictionaries have a weird definition of the words heathen and witch. They don’t seem to have been updated in the last 50 years. But the definitions I go by are:

Heathen: Any person that follows a modernized version of the religious beliefs and practices of the Norse and other Germanic people. Asatru, Vanatru, and other versions are a form of neo-paganism. Although some don’t like to admit that, I have no problem doing so.

Witch: A person who practices witchcraft Witchcraft is not a religion. All religions have witches, but not all witches are religious.

If you aren’t sure what Paganism is, it’s an umbrella term for religions that don’t fit the mainstream. It’s mostly described as non-Abrahamic (i.e. it’s not Christianity, Judaism, or Islam), but the definitions differ. Some say it’ includes all nature-based religions. Some say it’s any religion that isn’t among the large ones.

If you have any questions about this, just ask. I don’t hide who I am.