Garden plans for next year 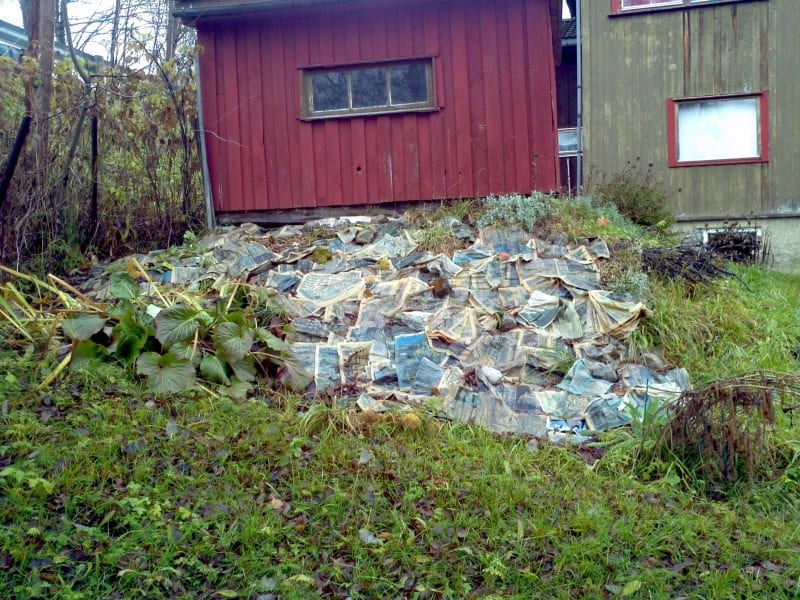 It’s time to think of my garden plans for next year. Because of the amount of weeds I had this year, due to bad shoulders, I’m going to have to replant almost all of the stone bed. I had to cut it all down, doing my best to salvage the old succulents that were growing there, some of it’s now covered by a layer of newspaper.

I’m going to have to either cover properly and add a lot of soil or dig up a massive amount of roots to be able to plant anything here. In a few weeks, when I’m done with the theory for my driver’s license, I’m going to sit down and make a list of plants. If you’ve got any suggestions for suitable plants that survive in the mountains, let me know. I’m also going to have to replant some of the small bed by the south wall, and remove the bed below the stone bed, which is really just an elevated strip of grass with a few flowers in it. 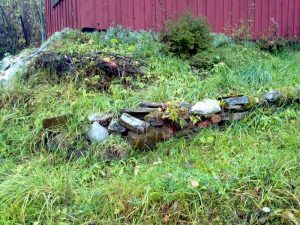 The corner of the stone bed 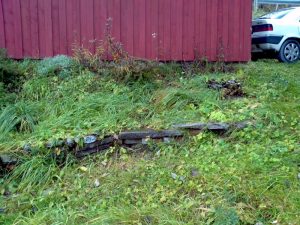 The rest of the stone bed 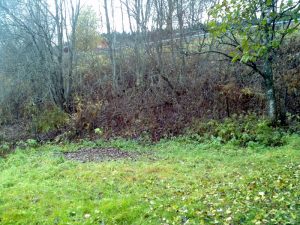 In addition to that, I’m playing with the idea to create a relaxation area or spiritual area in one of the spots that are now to uneven to mow. I’d like to frame it in some way, and maybe put some nice bushes by the fence. I’d also like some flowers there, but I haven’t decided if I’m going to use containers or make a flower bed. We’ve gotten a lot of snow today, which makes me glad I took these pictures a few days ago. I wasn’t able to put bottles over the apple tree saplings before the snow arrived, and I think the deer might have gotten to them. They were a lot smaller when I checked them this weekend than earlier. 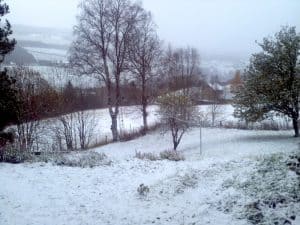 The amount of snow this morning 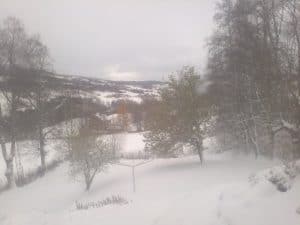 The weather at midday