Five Yellow in the Center and “Hungry Ghost festival” 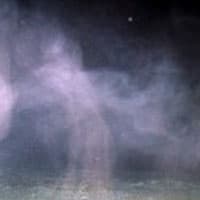 Today I’m featuring a guest here on the blog; Shasheta from Light of feng shui.com. Make her feel welcome by adding your comments below. 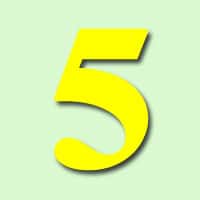 In August, the Five Yellow Affliction in the center and Hungry Ghost festival together can lead to a serious reversal of fortunes and danger associated with accidents and injury. Important days in August: tripling days where the center has Three Five Yellow and all other stars are tripled: August 6th; August 15th and August 24th.

Double your Feng Shui protection. Wear a powerful Amulet during the month of August especially if you were born in the years of the Sheep, Rabbit, and Rooster. Incense offering during August. Avoid Renovation when the Double5 Yellow is in the center. Display symbols in the hall to protect the entire family.

What is Hungry Ghost Festival?

The Hungry Ghost festival is an annual event that is taken very seriously by Feng Shui practitioners and Chinese people. This festival falls on the 7th month of the lunar year, which starts on August 7th, 2013 and it ends on September 4th, 2013. It’s believed that during this month the gates of the underworld are opened to free the hungry ghosts who then wander to seek food on Earth.

The night of the 15th Lunar Day (full moon) is celebrated as “Ghost Day” (August 20th); that is when the gates of the underworld are completely open. Some even think that the ghosts would seek revenge on those who had mistreated them in their lives. The reason why the Chinese celebrate this festival is to remember their passed on family members and pay honor to them. They also feel that offering food, money, ingots, houses and cars made from special paper are offered to spirit ancestors through the medium of fire to the deceased appeases them and wards off bad luck.

What to avoid during the Hungry Ghost festival

Avoid swimming during the Hungry Ghost Festival (7th month) especially after 5 evening time. It is believed that those previously drowned evil ghost might cause you to drown in the swimming pool. Such ghosts need to find victims in order for them to go for rebirth. Children and young adults are also advised to return home early and not to wander around alone at night. This belief is due to the reason that the wandering ghosts can possess children easily. Avoid moving into new homes and opening new businesses this month as it is considered inauspicious and bad luck on new ventures. Avoid getting married during this month because couples will have bad ending. Avoid going for forest hiking and going on camping as chances of injuries, possession and death are high. Drive very carefully during this month to avoid accidents, as there may be many wandering spirits who died of accidents previously that are searching for their next victims. Postpone medical operations and procedures, except if it’s a life threatening situation. Do not leave laundry or toys outside overnight, if you do leave them overnight then just wash the clothes again before wearing them. The same rule applies to any toys accidently left outdoor.

The Rituals for Hungry Ghost festival

It is vital to make a daily incense offering to appease all wandering spirits this month. Burn incense at dawn or at dusk and offering it to all wandering and local spirits, it’s important to wear a protection amulet at all times through the month and especially when performing any rituals of appeasement.

Shasheta runs the “Light Of Feng Shui” website, and consults with small businesses, with the sole aim of getting more footfall and brand awareness to clients’ companies, resulting in dramatically increased turnover and profit. Clients of the past and present include: a restaurant, boutique, dance school, retailers, image and makeup consultants …the list goes on. Also, Shasheta offers the eight types of Destiny (Paht Chee) Readings and personal consulting for your home. Many of her clients are based locally in NY City, New Jersey and the surrounding areas, but Shasheta does deal with people and companies all over the world – this is made much easier thanks to the internet. If you’d like to learn about Feng Shui and improve your live or business, Shasheta will offer you Quick Win solutions as well as things that will take time to implement. You can find her at LightOfFengShui.com and on Facebook.