Creating Stories Inspired by My Art 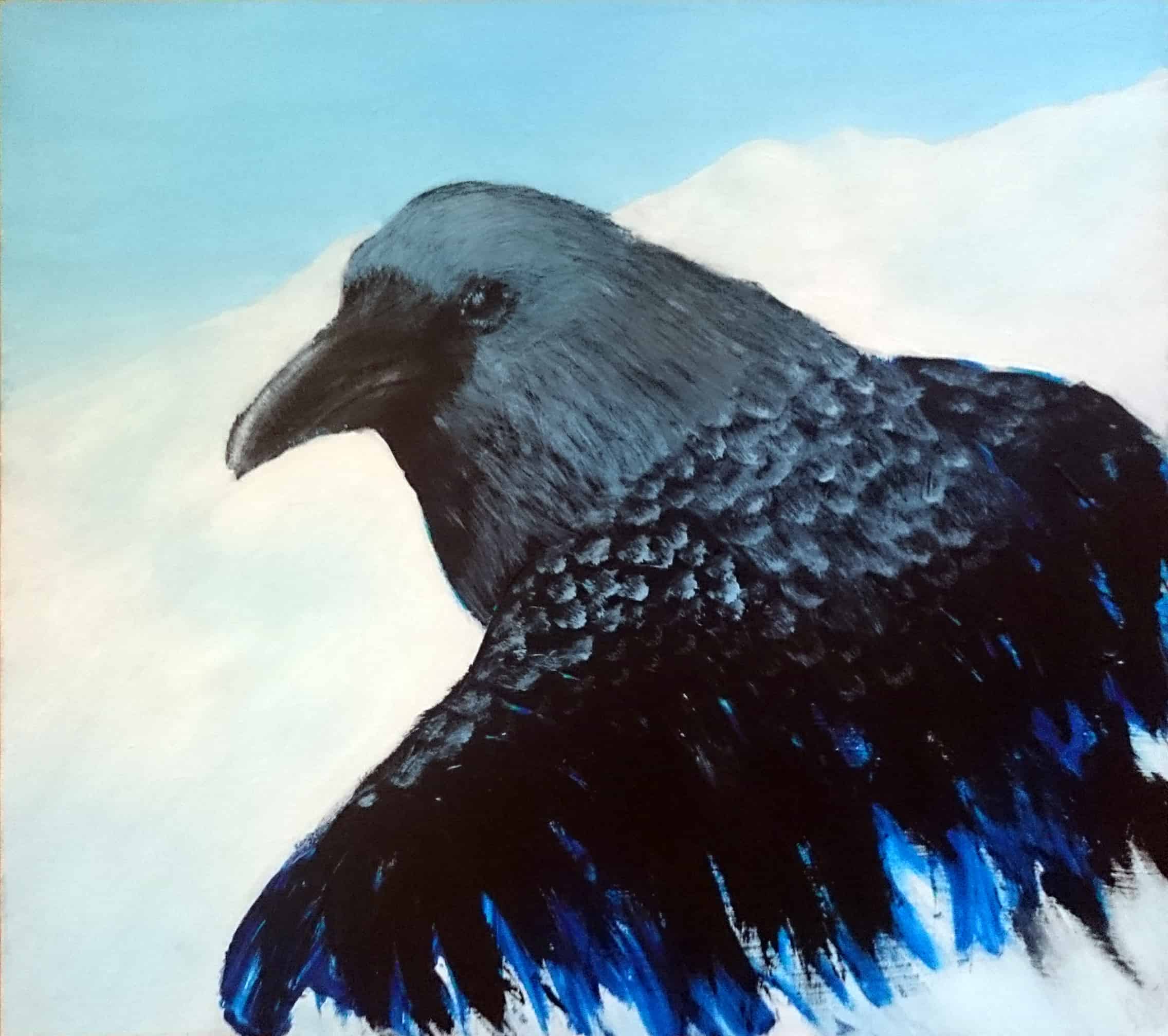 I’m doing an experiment where I write fictional short stories inspired by art – my art – and share them on social media. I only share part of the story, then all of it in my weekly email. After that, it goes out on the blog. The first story was posted on Instagram yesterday and it goes like this:

Lene and the Raven

It was a sunny spring day in May. The snow was still there in the shade but where the sun had hit, the vegetation was starting to grow.

Lene was walking the trail from the valley to the mountain farm to prepare it for the animals they were going to move up there later this month. She was enjoying the moment, being away from the daily life on the farm and out in Nature on her own.

About half-way, she sat down to have her lunch. She’d brought some bread and cheese but forgot to bring water, so she found a mountain stream to sit by so she could drink the water straight from the stream.

The water was cold and tasted amazing, so much better than the water from the well. It felt great to be able to sit there in the sun and eat lunch.

Suddenly, she heard a noise. It sounded like an animal in trouble so she decided to investigate this and started walking toward the sound. 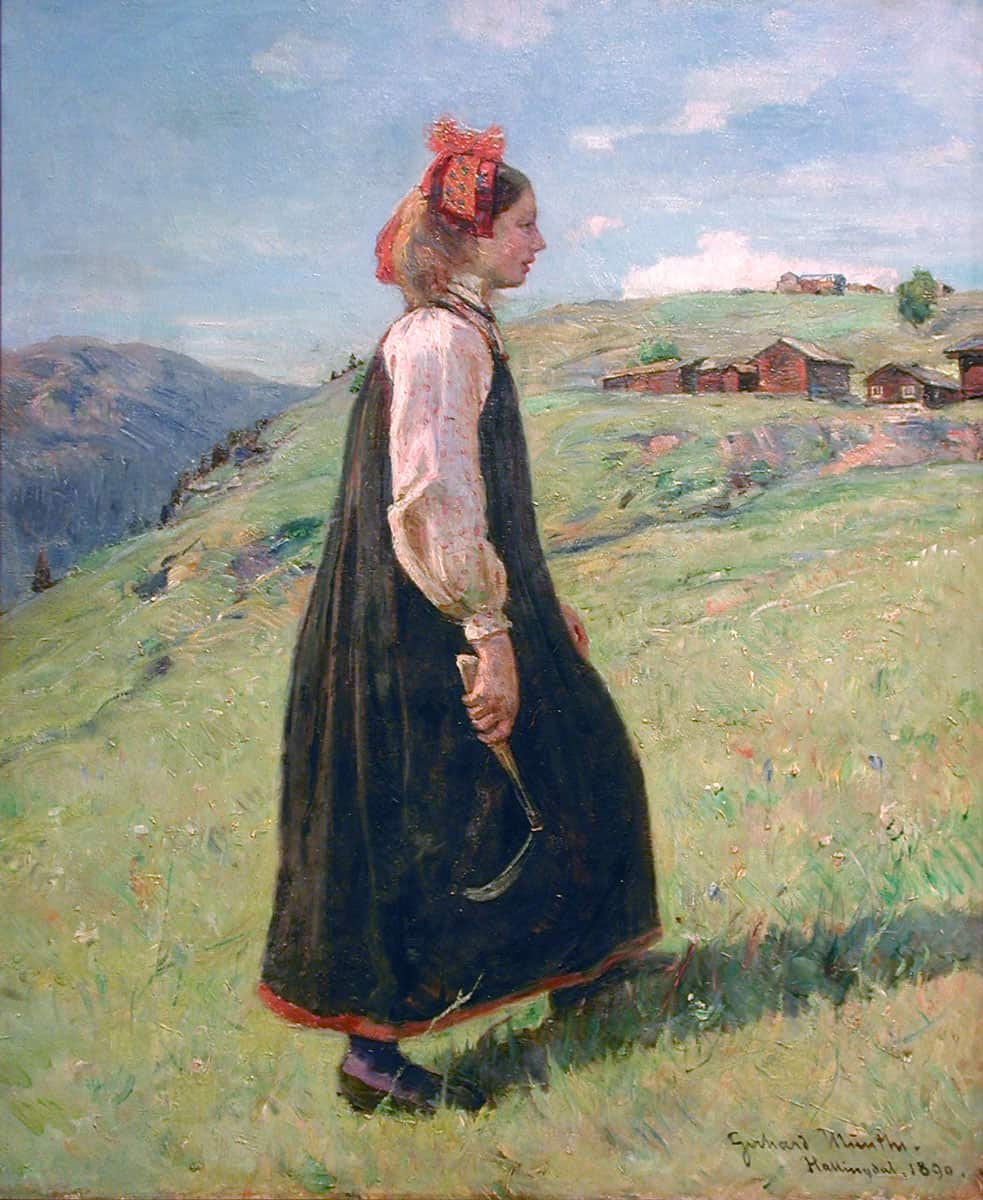 She searched for about an hour without finding anything and finally decided to start walking toward the mountain farm again so she’d reach it before it got dark.

When she was younger, she’d been told many scary stories about the creatures that came out when it got dark, and even though she didn’t admit it to herself, she still believed them.

She tried to retrace her path back to the trail but after walking for a long time, she had to admit to herself that she couldn’t find it. She was lost.

“I never get lost”, she thought to herself but now she’d done it. How would she get to the mountain farm now before dark? She sat down on a mossy stone and started crying in pure frustration. She sat there, crying, for what felt like forever.

Suddenly she heard a noise in front of her. It sounded like an animal hopping toward her in the grass. She looked up, and a Raven stood in front of her, looking at her with its head tilted to one side. Like it was asking why she was crying.

Lene knew that a Raven was bad news, an omen of death and accidents, but this one looked friendly enough so she wasn’t afraid of it. She had a few crumbs left over from the bread and she offered them to the Raven which hopped closer to her to accept her gift…