Snakes are all about change and this painting helps you hold your vision through the change. Helps you be able to hold focus in the dark times that transform you. It helps you see unique perspectives. It’s up close and personal to say “I see you, you can make it through”.

I used the Common European Adder as my reference for this painting because I think snakes have an undeserved bad reputation.  I also didn’t want it to be the “standard” snake biting its tail. 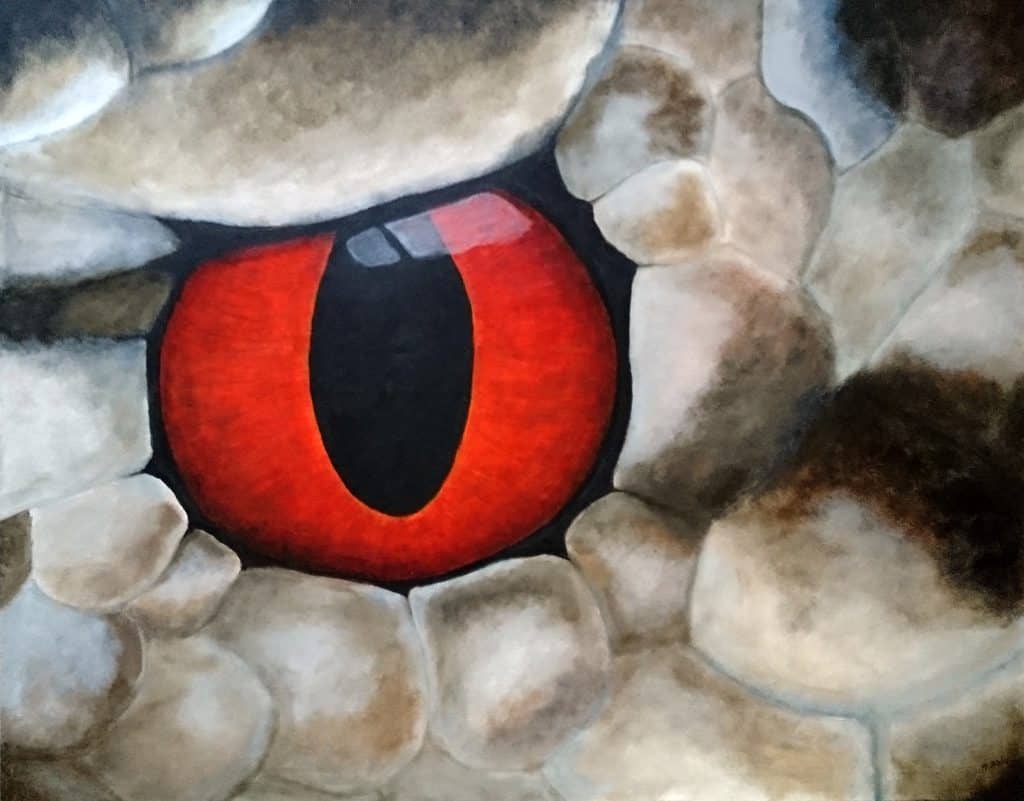 Did you know that here in Norway (goes for Scandinavia too), we only have one venomous snake?

The common European adder is extremely widespread and can be found throughout most of Western Europe and as far as East Asia. Adults grow to a length of 60 to 90 cm. The largest are found here in Scandinavia and specimens of 104 cm (41 in) have been observed on two occasions. The colour varies from black to a sandy brown. On the black variety, you can’t see the characteristic zig-zag pattern it’s usually identified by.

It’s not an aggressive snake and usually only bites when alarmed, surprised or disturbed. Bites can be very painful but are seldom fatal. You should get yourself to the hospital though, as the death from the bite is usually related to an allergy the person didn’t know they had. Anti-venom also spares you some of the pain.

Even though they’re not endangered here, you rarely see one. In my 45 years, I’ve never seen a single one although I’ve been with people when they’ve spotted one.

I used this snake as my reference for this painting because I think snakes have an undeserved bad reputation. The painting could be interpreted as an image of the Adder or as an image of the World Serpent (Jormungandr) from Norse mythology. That’s your choice.

There are no reviews yet.

Only logged in customers who have purchased this product may leave a review.