Find a suitable plot of land, preferably on your own property, and where passersby won’t disturb your plants. In Spring, or when the danger of frost has passed, take a handful of mistletoe and grind in the mortar three days after the New Moon. Sprinkle over the land. Work the soil well with a spade and trowel till it’s light and, moist. If the ground is too heavy add a little mulch; if too sandy add humus. Most herbs don’t require perfect growing conditions but will produce more healthy growth if some care is given to the soil.

The basic shape of the garden, as stated earlier, is often circular. Lay a long string or light rope in the garden area in a circle, making its circumference as large as your space will allow. Make sure the ends of the rope are joined together with a good knot. If more than one piece of rope is required all connections should be thoroughly knotted. 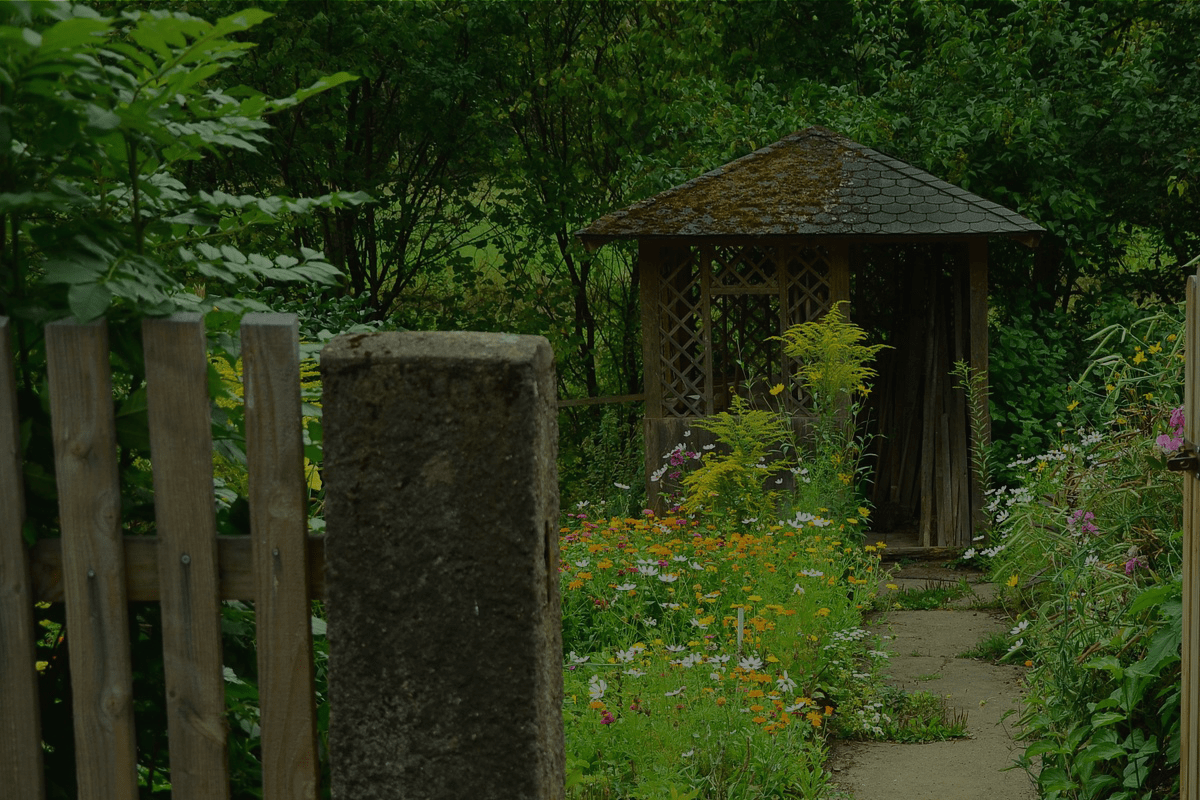 Next, determine the four directions in your garden with a compass. Place stones outside the rope to mark these spots for later reference. The North stone should be clearly distinguished from others.

Upon nightfall, build a small fire or set several lanterns around the area for illumination, if necessary. Starting at the North, plant a candle in the earth near the rope but outside the circle, light it, then move clockwise following the same procedure at the East, South and West points. If the night is windy bring along four lanterns or clear glass jars. If using the jars, pour a bit of melted wax inside each jar and fasten the candles within. Place these at the points directed above.

Now, stand in the center of the circle and face North, holding your magic knife. Lift your arms skyward and say (or shout, if the wind is particularly rough):

‘I call upon the powers of the North to Bless and protect this garden.’

Repeat this to the East, South, and West, substituting the appropriate direction in the invocation.

Finished, turn to face the North again. Bend over and trace these symbols (see figures one, two and three) on the ground with your magic knife.

The star (figure 1) should be drawn so that the upper-most point touches the North-facing candle, and the others evenly spaced around the circle, touching the rope.

Now, while kneeling in the Southern section of the pentagram, trace these symbols (figure 2) with the point of your knife in the earth:

Make sure the top symbol is touching the top of the crossing line of the pentagram so that your garden looks like this (figure 3):

Now sit quietly, counting ninety heartbeats. Then, if you are satisfied that the garden is magically protected, blow the candles out, starting at the North point. If you’ve used glass jars, tip each one to allow the wind to quench the flames. Gently cut a branch from a birch, mountain ash, willow or any nearby tree if these are unavailable. (If there are no trees use the household broom, or one bought specifically for the purpose, which is better).

As you gently cut with your magic knife tell the tree the need you have for the branch, and afterward as payment leave something buried in the ground beneath it.

Holding the branch in your strong hand, stand North outside the circle and begin to brush away the symbols which you’ve drawn. Walk in a clockwise direction and continue to brush until the ground is clear.

Gather up the rope and candles and store them away in a safe place. Quench any illumination fires or lanterns you may have lit.

The next morning, just as the Sun rises, search the ground for symbols. Sometimes specific patterns or symbols will appear on the ground, although it was swept clean the night before. Bird feathers are also often found.

If dew has covered the ground with a carpet of liquid blessings allow it to dry. Gather up any feathers and record magical symbols, for these are links between your garden and the silent forces of nature.

Pour one quart pure, unfiltered apple cider (fermented, if possible) into an earthenware vessel and stand in the middle of the garden. With your strong hand sprinkle the cider round the garden, turning on the midpoint like an axle. When the cider is gone leave the garden and let it soak up the liquid. The cider represents blood; it awakens and renews the energies residing in the Earth and prepares it for the coming planting.

Leave the garden untouched for three days. Make sure that no person or animal walks on it. Animals are often hard to keep away, for they are naturally curious about the pleasing vibrations emanating from the blessed spot.

On the fourth day rise before the Sun. The time for planting has come.