A more controlled variation of this art of divination is symbol scrying, where you use symbols, geometrical or metaphorical, as focus objects. These symbols are best described as ‘astral doors’ that form gateways to new mind dimensions for the seer.

These represent the elements (that in this case can be said to be ‘psychological factors in the human brain’): Fire, Earth, Water, Air and the ‘fifth element’, which the occultists earlier called quintessence: The most subtle aspect of the brain.

If you feel like trying symbol scrying, you should pick one of the five simple tattwa and either paint a copy on a piece of paper or cut the shape out of a paper with the same color and then glue it on a white, gray or black piece of cardboard.

Bring the tattwa to a room with dim lighting and put it on a table. Then you stare at it in the same way as you would have been staring at any other focus object. Try to fill your mind with the color and shape of the tattwa, so that you still see it with your inner sight when you close your eyes halfway or completely. When you’ve reached this state, you might diskover that you see the tattwa in another color – the red triangle might look like a green triangle, or maybe the yellow square looks indigo.

There’s nothing supernatural at all about these subjective changes in color – they’re exclusively a result of physiological and psychological factors. That they appear this way is just a positive indication that you’ve concentrated properly on the tattwa and not allowed yourself to be disturbed by irrelevant thoughts or sense impression.

When enter this state, where the mind is filled by a visual image of the tattwa, you can try to visualize the geometric shape painted on a big door or embroidered on a huge curtain (neither the door nor the curtain should be seen as filling the field of vision completely).

Then comes the part that’s often the most difficult. Imagine that the door opens, or that the curtain is pushed aside, and you ‘see’ what’s behind it. In almost all cases you’ll an exiting landscape or the inside of a room. Usually the image will flicker in front of your inner eye, approximately like a badly adjusted image on a TV-screen, something that will make the whole vision rather vague and indistinct. Some seers – the very few who have what’s called ‘dream vision’ – see this image as if it’s right in front of their eyes. This may feel a bit frightening in the beginning. If you feel like this, it’s important that you remember that the whole thing really isn’t anything but a kind of controlled daydream, where archetypical images and symbols flow up into the mind from the depths of the subconscious parts of the brain.

The first time most seers are satisfied with observing what’s behind the door – that is the symbolic figurative language which flows up form the deepest layers of the brain. After a while they visualize that they walk out the door and explore what’s behind it. There they envision that they meet other beings and learn of themselves and their destiny. Some go even further and expand their experiments to also include what’s called ‘exploration of the higher levels’. That is to say that they see themselves flying over the landscape behind the astral door and viewing it from a bird’s-eye view. 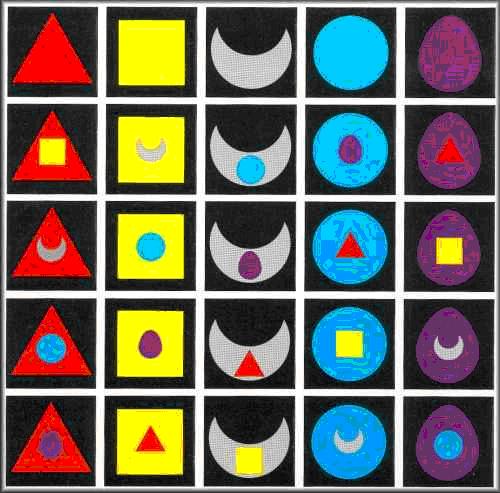