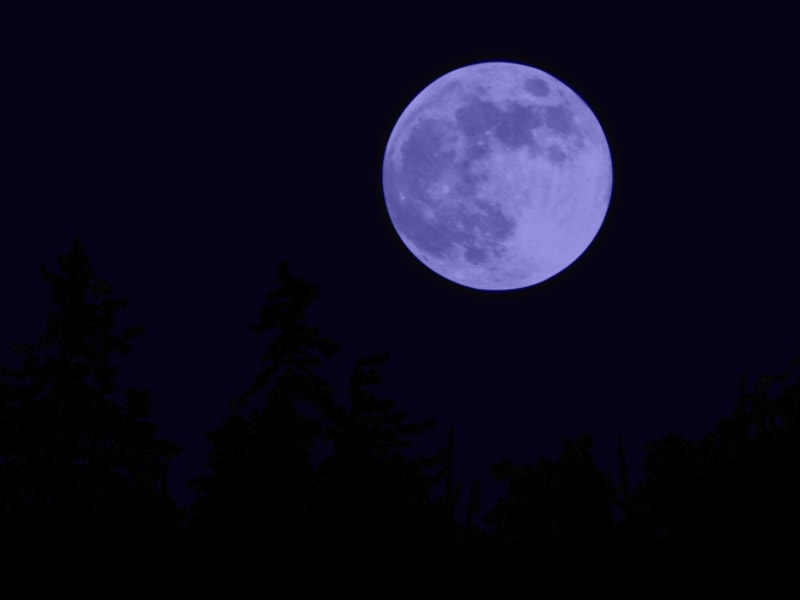 If you use the expression ‘Once in a Blue Moon’, things will really be happening this year 🙂 We’re getting two blue moons in 2018. The first one is happening on January 31 and the other on March 31.

This gives you two opportunities to do what only happens ‘Once in a Blue Moon’. It also provides time for some special magic.

There are a couple of definitions of a Blue Moon

In 1946, Sky & Telescope magazine described a blue moon as an extra full moon in a month and this lead to the modern way we think of a Blue Moon. Well, this and the fact that it’s a lot easier to keep track of than the others 🙂

Before this, the term Blue Moon referred to an extra full moon in the period between the equinox and the solstice. Most times, there are three Full Moons in a season, but sometimes there’s a fourth. Because each Full Moon has a name related to the season, the additional Full Moon needs a different name and that’s where the term ‘Blue Moon’ comes in. It’s the third moon in a season that has four Full Moons.

Before this again, it probably meant the rare occasions when smoke from forest fires or other atmospheric disturbances actually made the Moon look blue.

The magical significance of a Blue Moon

There’s an expression in the Pagan community of the Blue Moon being ‘twice as nice’. This could come from the fact that you get an extra opportunity to do Full Moon magic that month, but it could also mean that the Blue Moon is stronger. It’s hard to say what’s correct so pick what you believe and it will work for you.

The correspondences I’ve found for the Blue Moon are:

Now tell me, what will you do for the Blue Moon?