Cabinets of curiosities – who, why, and what 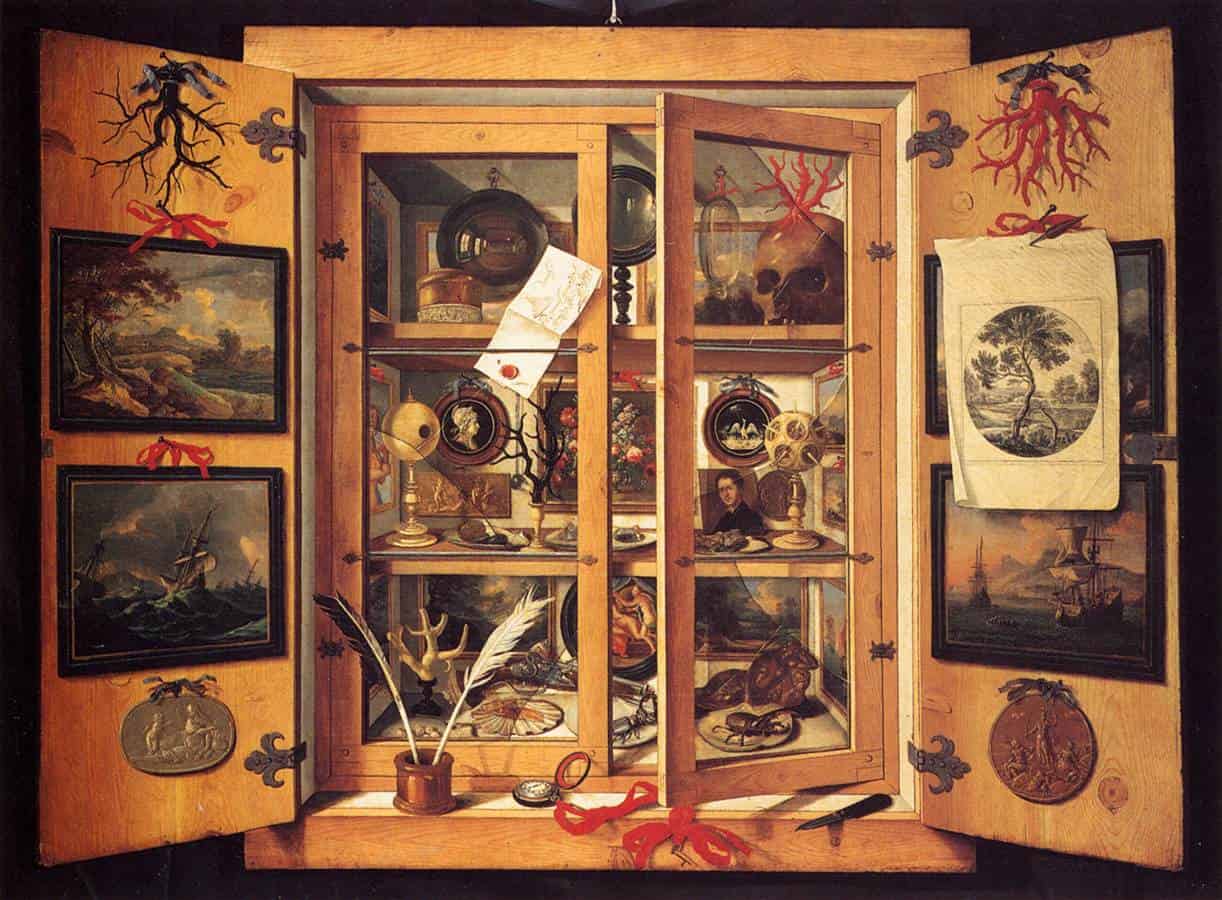 This painting by Domenico Remp shows a curiosity cabinet in the form of an actual cabinet. The collection has things like optical instruments, miniature paintings, and shells. Cabinets of curiosities were collections of strange objects, like the ancestor of today’s museums, where the owner tried to categorize and tell stories about the wonders and weirdness of Nature. These collections were put on display in cabinets and vitrines and later grew to take up entire rooms.

This drawing shows one of the tiny scenes created by the anatomist Frederick Ruysch (1638 – 1731). These were included in his cabinet of curiosities. Ruysch’s collection displayed body parts and preserved organs next to exotic birds, butterflies, and plants. The scenes he created were made to work like plays or stories based on a theme or an idea, for example, that life is short. 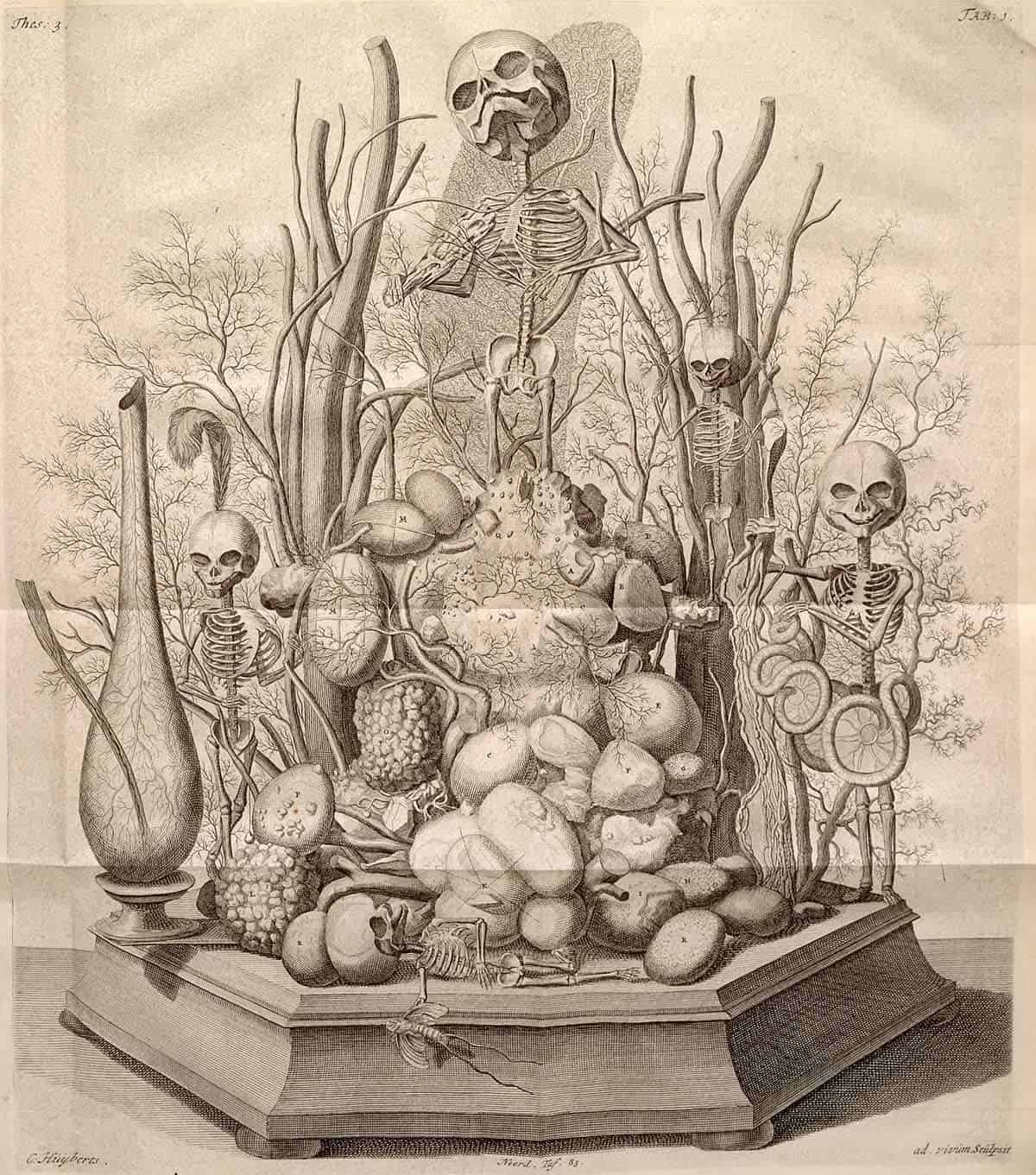 Every surface of his collection room had things like preserved fish, stuffed mammals, and shells, with a stuffed crocodile hanging in the center. He had corals on the bookcases, built-in cabinets filled with smaller items, stuffed birds, and cupboards with specimen boxes and covered jars. He also had pigeon holes here and there with small specimens inside.

The curiosity collections were limited to people who could afford to create and maintain them. That means noblemen, high officials, rich people and so on. Many kings also created large collections. One of the reasons to have one was because it was a visual way to show how wealthy you were.

Unusual and rare items that blurred the lines between the animal, vegetable and mineral kingdoms were especially highly prized possessions. Two examples are corals and fossils since they didn’t really fit into the creationist way of thinking. But above all reigned objects like narwhal tusks, which were thought to be the horns of unicorns and were seen as magical.

These days, we might not agree on the methods used to gather some of the things they displayed, but they had a purpose beyond being a collection gathered for social status and entertainment. The curiosity cabinets have helped scientific advancement in fields like philosophy, science, natural history, as well as other fields. Having items gathered together made comparing, analogies and parallels easier, starting science on the road toward the views we have today.